Once again I've fallen behind on blogging about running, but will catch up. Week ten started out pretty well, but hay fever and lethargy were dragging me down at the end. I struggled on steep trails at Greyrock Saturday and then opted for more mellow long miles on Sunday. I've blogged about the route to Greyrock before, it's amazing. 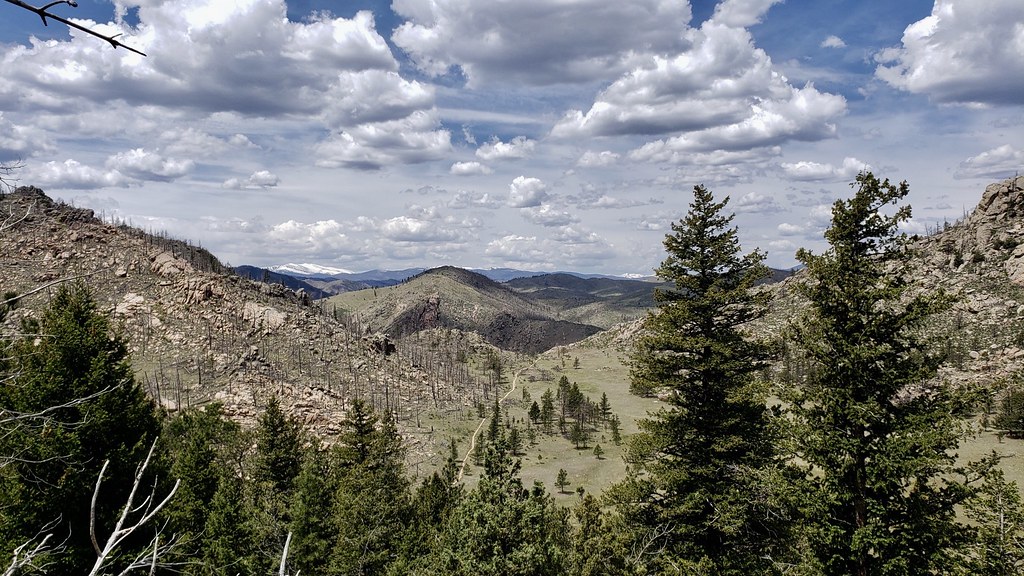 View south over the Greyrock meadows on a hot Saturday.

I felt much better in week eleven. I did some hard hill intervals on Wednesday and back-to-back long runs with plenty of climbing on the weekend.

Saturday I ran in toasty warm conditions at Lory and Horsetooth. Even though I cut it short, this run had the most elevation gain of my season. After I got home and saw that more hot weather was in store for Sunday, I decided to head to the high country on Sunday. I succeeded in getting a timed entry reservation for Rocky Mountain National Park (RMNP), an hour away by car, and did a long loop from the Cub Lake trailhead. 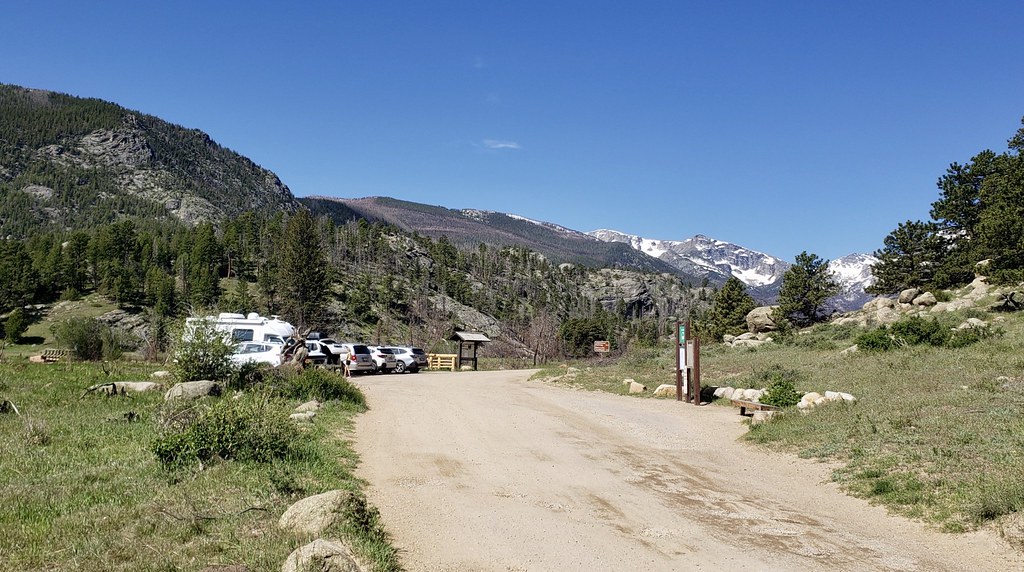 Sunday's run didn't have as much D+ as Saturday's, but it did start above 8,000 ft and went for more than 3 miles above 10,000 ft. I was traveling exclusively on snow for about two hours. Very comfortable, but very slow, and in one spot a bit sketchy. On the descent to Odessa Lake, the well-engineered trail crosses a steep gully, no problem in summer, but in spring the gully and trail are completely covered with snow and a slip on this traverse could result in a long downhill ride. It was exciting! The party ahead of me on the trail almost turned back. 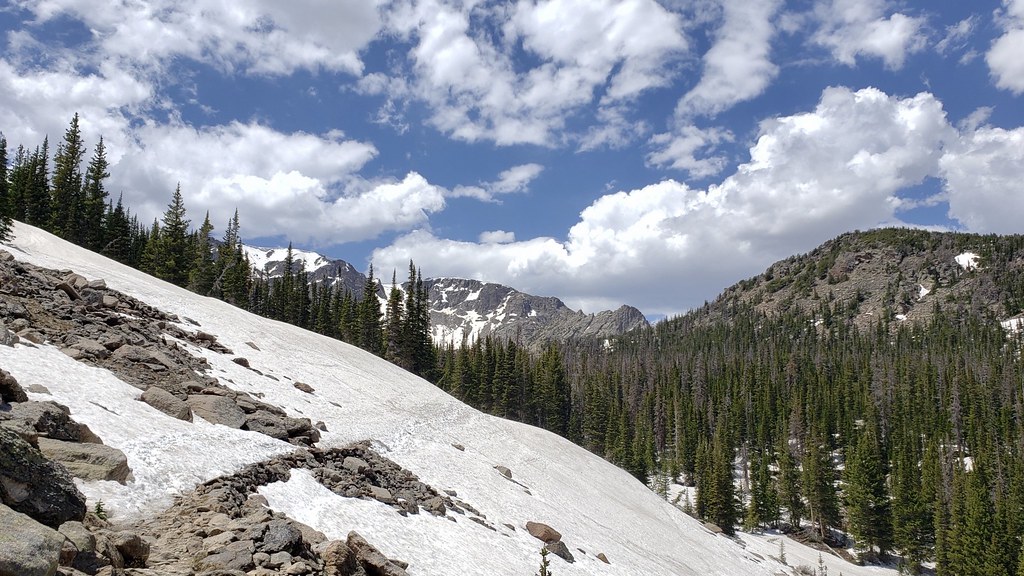 Approaching the pass between Bear Lake and Odessa Lake.

In the last mile of the run I saw a big ole male moose just a few yards off the trail. This is normal for an outing in Moraine Park. On the drive home I saw a chonky black bear on the right bank of the Big Thompson River. I would have pulled over to get a photo to share here except the shoulder was completely filled with cars and my phone was dead.