I concluded 25 weeks of training and finished my first 100k race this morning. By the numbers, the past week is among my top weeks.

The Never Summer 100k starts in Gould, Colorado, an unincorporated former logging community 76 miles west of Fort Collins. I arrived early Friday afternoon, set up my tent, and handed over three bags of supplies to be dropped off along the course. This service allows runners who have no crew, like me, to drop or take gear along the way. I sent gallon ziplock bags with my favorite gels and drink mix to the 17 and 29 mile points. I sent a larger waterproof stuff stack to the station at 44 miles with more gels and drink mix, a change of clothing, an extra rain jacket, and a pair of running shoes. The sugar in my bags amounted to 2500 calories. The race provides food and water at seven stations and I planned to eat another 2500 calories of food like peanut M&M's, bananas, and cheese quesadillas. I avoid soft drinks at home, but embrace the sugar and caffeine in Coca-Cola during races.

After saying bye to my bags I went for an hour long easy run on the first miles of the course, turning around after testing the first climb. Back in camp, I snacked on crackers (200 calories), cooked and slurped up two packs of ramen (400 calories), and washed them down with a double IPA (250 calories). After fluffing up my sleeping bag and pillow, I made a large mug of mint tea and then walked away from the camping area to take pictures of the sunset and reflect on my training. I have felt better the night before a race. I've been getting over a sinus infection; my head was still a bit stuffed up and I had experienced some slow pressure release on the drive over Cameron Pass earlier in the day. Knowing that I had trained well (over 250 miles of running and 48,000 feet of climbing in June) helped me put aside worries about my nose and sinuses. 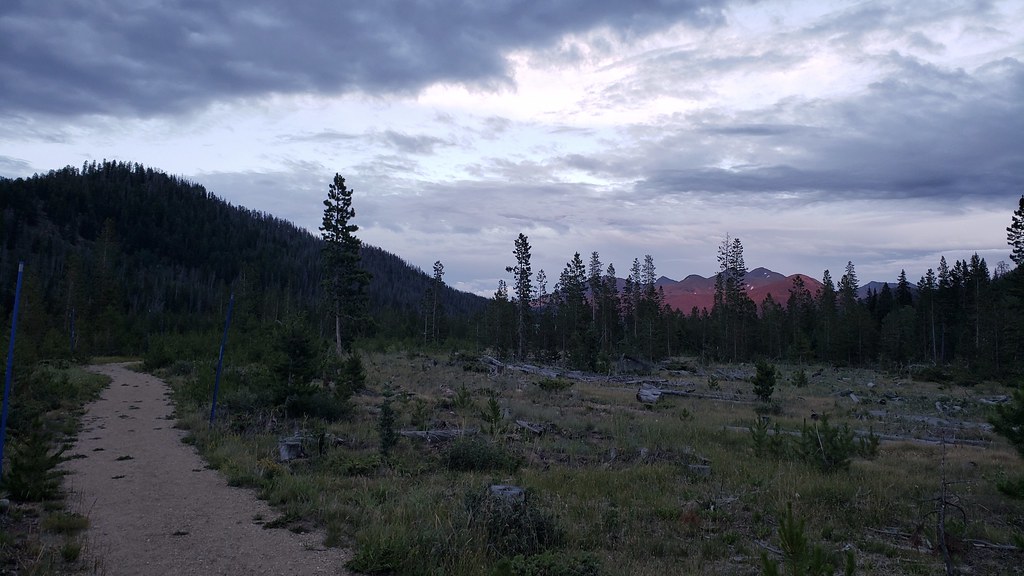 I set an alarm on my phone for 3:45 a.m., but awoke at 2:55 to the clatter of a cowbell sending off the first wave of 10 runners. The race's COVID-19 protocol included wave starts, one every five minutes, to get every runner off the line before the race's nominal start time of 5:20 a.m. My wave began at 4:45. We had overcast, calm, and cool, not cold weather, so I left my jacket and gloves in my vest. We ran and hiked in the dark for most of an hour. I removed and stored my headlamp halfway along the climb up Seven Utes Mountain. I've skied up and down the mountain before, but have never done it in Summer. It affords lovely views and on the descent, just below treeline, is the biggest patch of columbine flowers that I have ever seen. 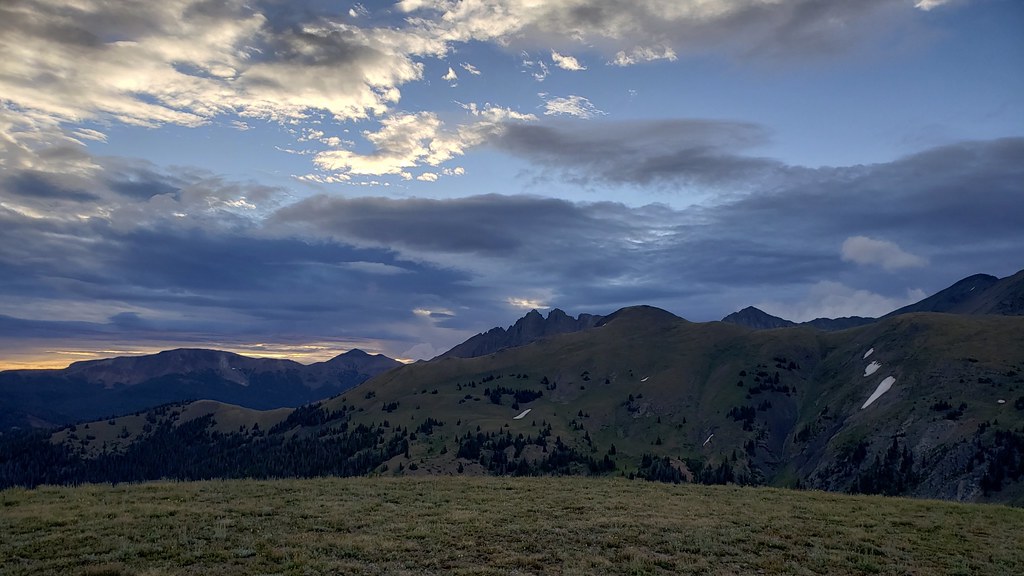 Participants in previous editions of the race remarked on upsides to the wave starts. The summits and the trails to them were less crowded, and the lines for portable toilets were much shorter. 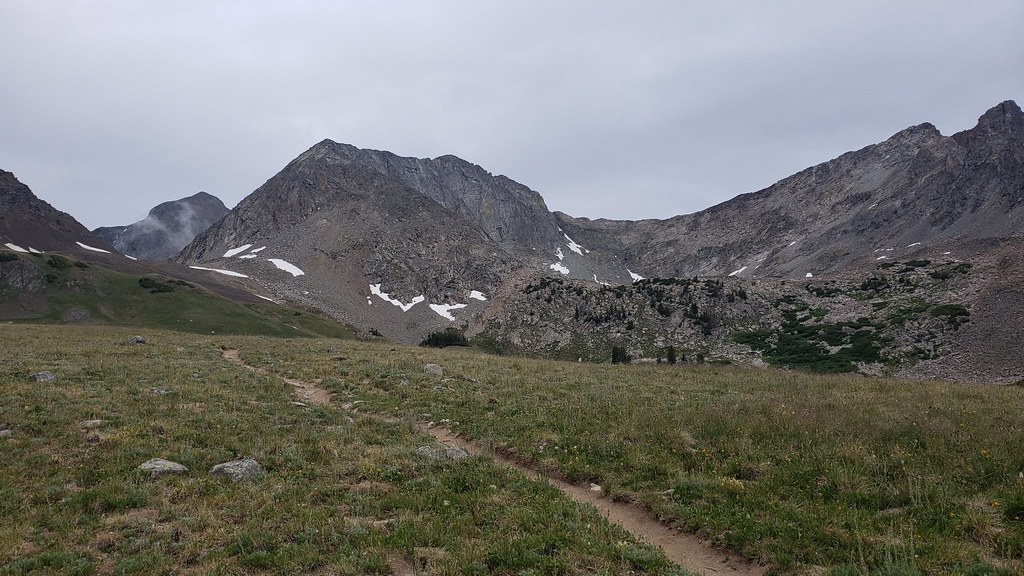 It took me one hour and nine minutes to get to the top of North Diamond Peak from the base of the climb on Colorado highway 14. That pace was fast enough to pass 15 other runners. At the top, I found a small group (trumpet, guitar, drums) playing "99 Red Balloons". Instead of taking a photo, I put on my jacket and gloves for the first time. A light rain had started. 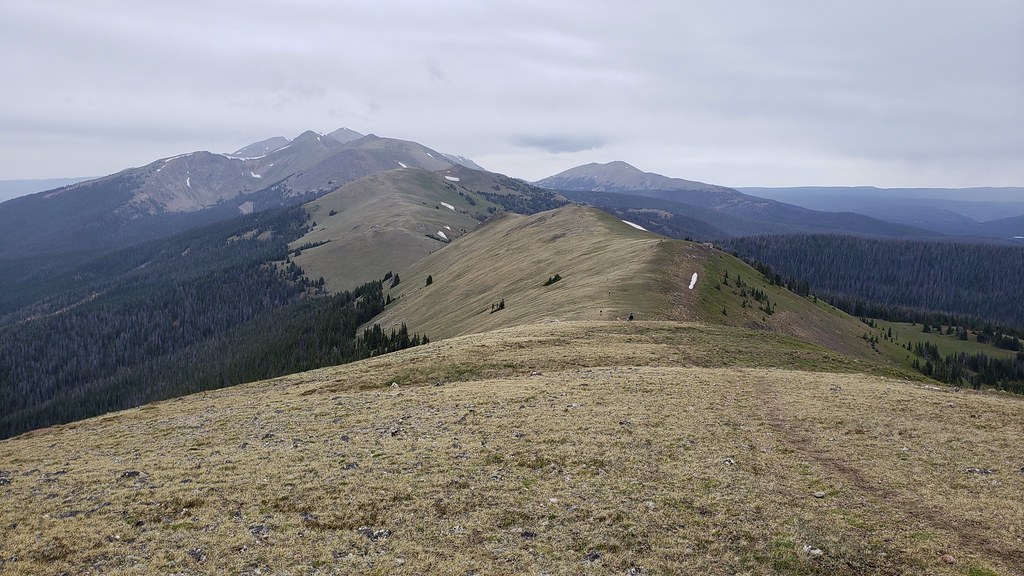 I had a misadventure in the middle of the course. Between the Montgomery Pass Ruby Jewel aid stations, somewhere around mile 25, I got off the trail to pee and discovered that my pack was completely unzipped. My rain jacket was missing. I was not so out of my mind yet to dare going above treeline once more without a jacket, so I backtracked to look for it. After hiking a mile, uphill, I found it on the very edge of the trail. Retrieving my jacket cost me almost 30 minutes, but paid off. I needed it on the climb to the cold and rainy saddle above Kelly Lake. 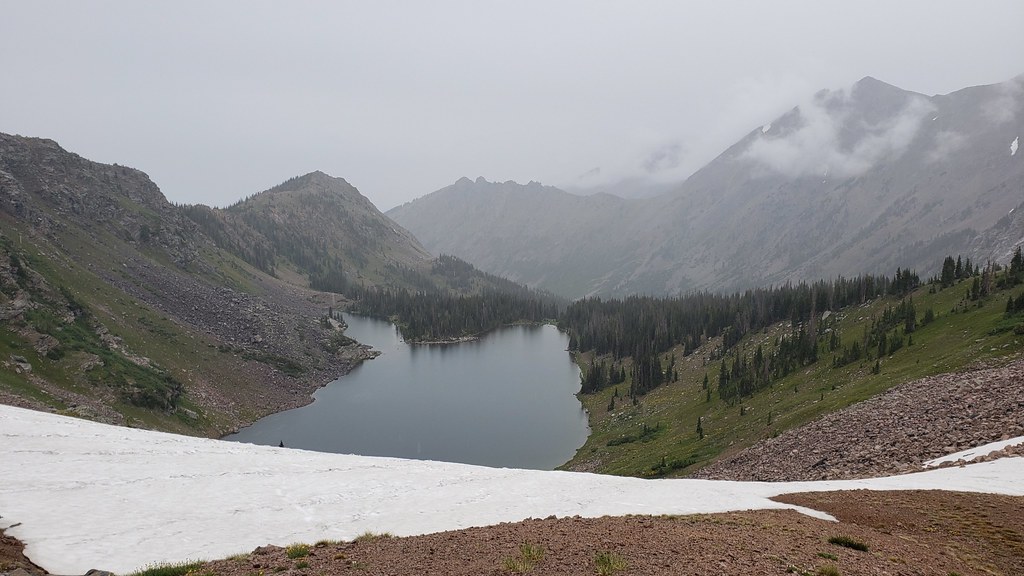 Peaks and lakes aren't the only natural features on the race course. Quaking aspen trees grow tall in extensive groves below Clear Lake. Unblighted large specimens are uncommon and their beauty is striking. 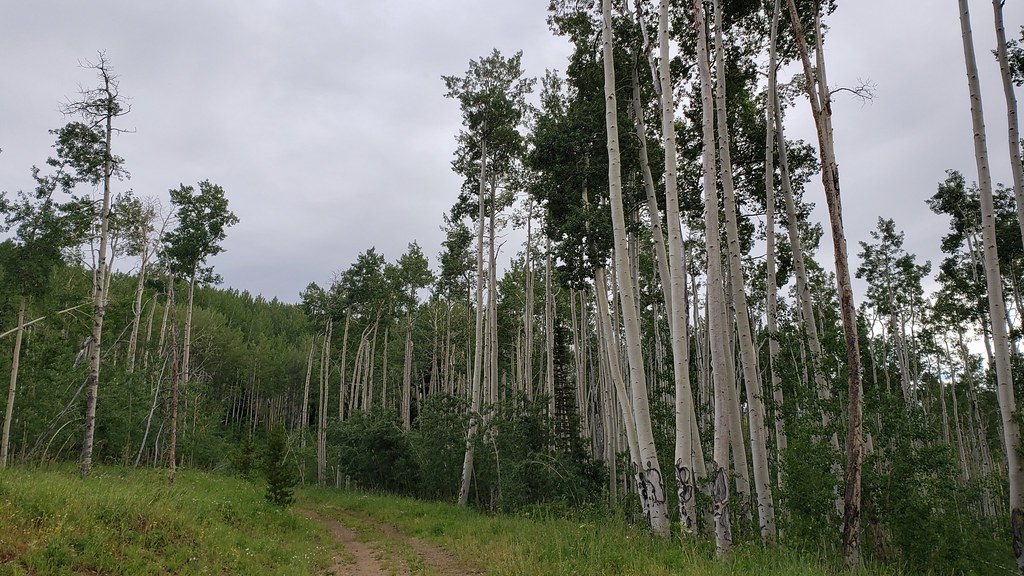 I've struggled to stay motivated at the end of races, but not in this one. I left the Clearly Canadian aid station at mile 44 with fresh, dry socks and shoes, a turkey and cheese wrap in my hand, and didn't look back. The sky cleared and the trail dried and turned very runnable. On the way to the Bockman aid station I met Jim Wei, a runner from Colorado Springs, and we pushed each other to the finish. I moved up 24 places in the last 17 miles and Jim moved up 25. He was the only one to pass me in those miles. I wrote last week that I had set three tiers of goals for the race; I hit the second one despite my misadventure, finishing in 19 hours, 20 minutes, and 31 seconds. 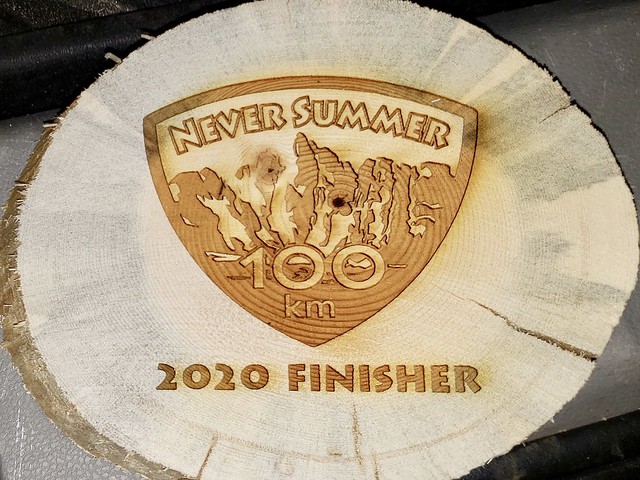 I can't thank the race directors, Nick Clark and Brad Bishop, enough. I suspect that between the COVID-19 uncertainties and protocols they put in twice as much effort this year. To all of the generous, kind, masked volunteers on the course: I am eternally grateful. My deepest gratitude is for the support of my family. Ruth, Arabelle, and Beatrice are as proud of my finish as I am.

I'm going to take a short break from running and writing about running, but still plan to be at Quad Rock on August 15.