As I expected, my training was complicated by heavy snow. I tried some different approaches to working out and these paid off. It was a pretty solid, if flat, week.

Monday I went for a nice steady slog on the unplowed Spring Creek bike path. On the morning after a typical snowstorm, Parks would have cleared the path before I got out of bed. But this was not the typical storm. We had 20" of heavy snow. The rate of trail clearing must have been at least four times less than usual. 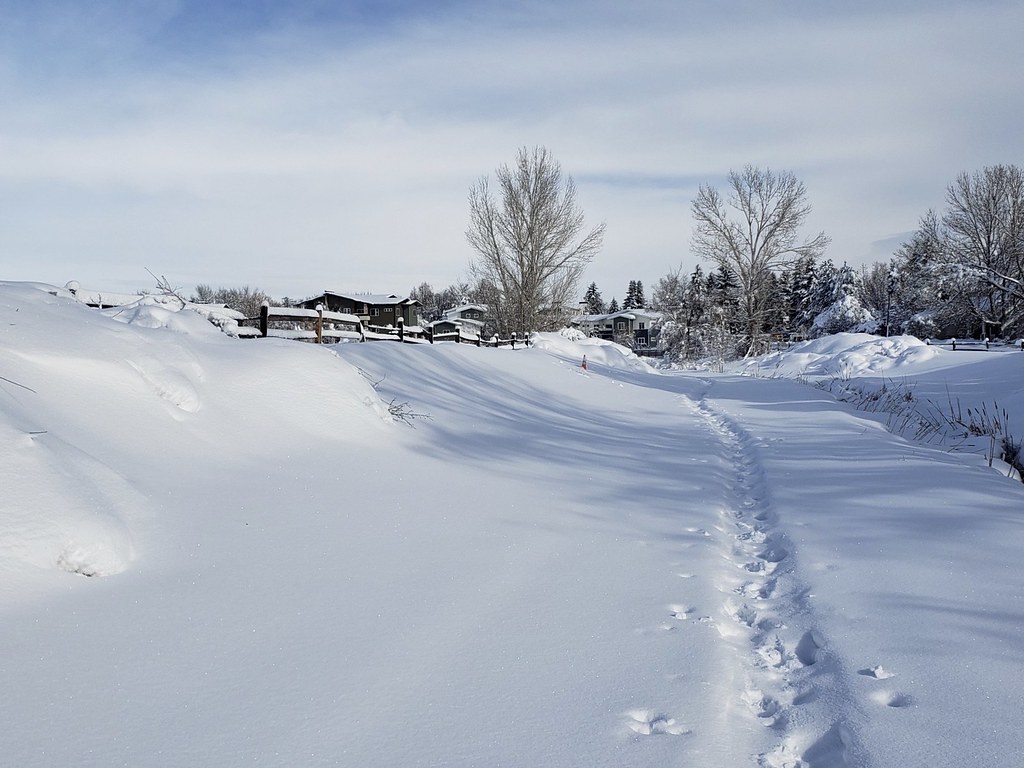 Monday morning on the bike path

Tuesday was the day I had planned to do some high-intensity intervals. Fast paced running wasn't possible with so much snow, so I switched to skis. I trotted up the still-unplowed Spring Creek trail carrying my basic cross-country gear (Atomic wax-less classic skis and boots) and then charged around the snow-covered grassy areas of a local park. To maximize the effort I avoided other ski trails. There was no kick and glide, it was more like bounding on skis. I had no trouble getting my heart rate above 90% of its maximum and my arms got a serious workout as well.

By Wednesday the Parks Department was beginning to win the war against snow. Foothills dirt trails remained impassable. 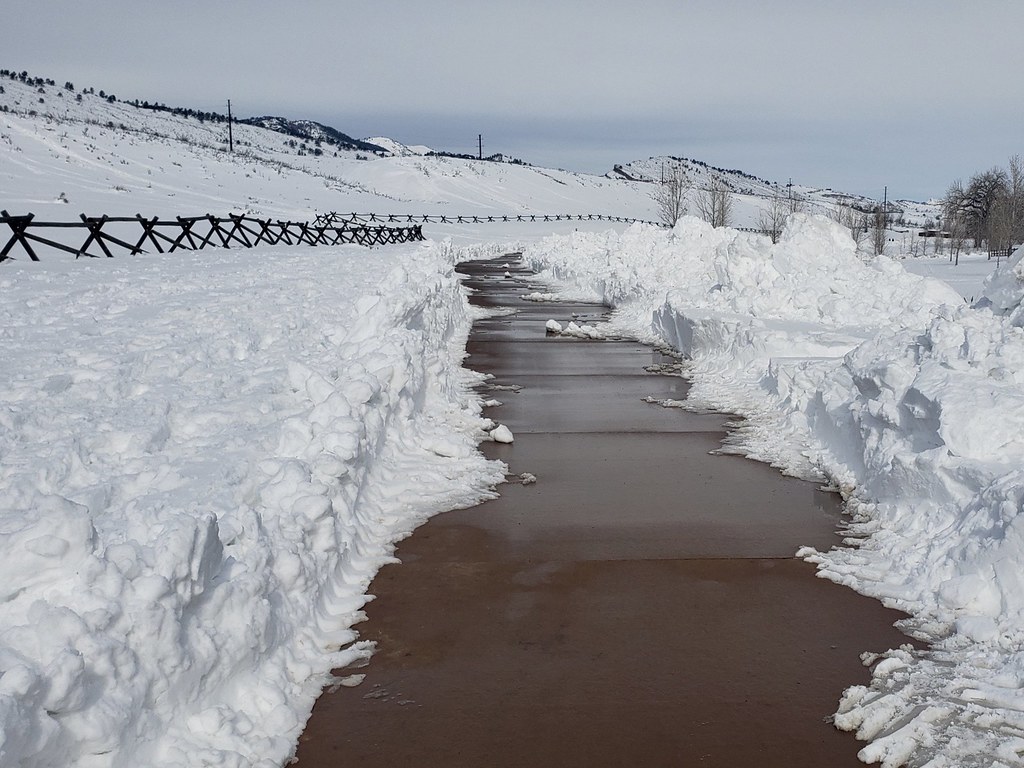 Wednesday morning on the bike path

Saturday I was out of compelling ideas for a long run. I wanted to do 25 miles but wasn't sure where. And my left groin was a bit strained, making me unsure about a long run far from home. Then I saw, on Strava, a local runner beginning his own personal backyard ultra. The concept: a loop 4-1/6 miles long which runners have an hour to complete, the next lap beginning on the next hour. This struck me as the thing to do. I happen to have such a loop that I run from my house, a turn around Colorado State's main campus. I wouldn't need to carry any food or water, and I would never be more than a two-mile walk from home if my leg gave out.

I did 7 laps and a little extra on the last to make my day's total an even 30 miles. I ran at a pace of just under 11 minutes per mile, which gave me almost 15 minutes between laps to eat, drink, stretch, and check my health care provider's app to see if I had a vaccine appointment yet. I got to catch up with my family at the kitchen aid station all day and got a bit sunburned on my legs. The runner who gave me the idea, Paul Nielsen, went on to run all night, 24 laps in all. 100 miles.

Today I went back out for a slow lap around southwest Fort Collins on the Mason, Fossil Creek, and Spring Creek trails. 43 miles total for the weekend, all on concrete paths, and all of them run, not walked. My legs, especially my quads, are complaining. On a weekend of long outings in the hills, I would have hiked at least a third of these miles. Maybe that's why I'm so sore.