It was raining at my house when I left to drive to the trailhead at 6:15. By the time I arrived the rain had mostly stopped, but the course was completely obscured by fog and clouds. 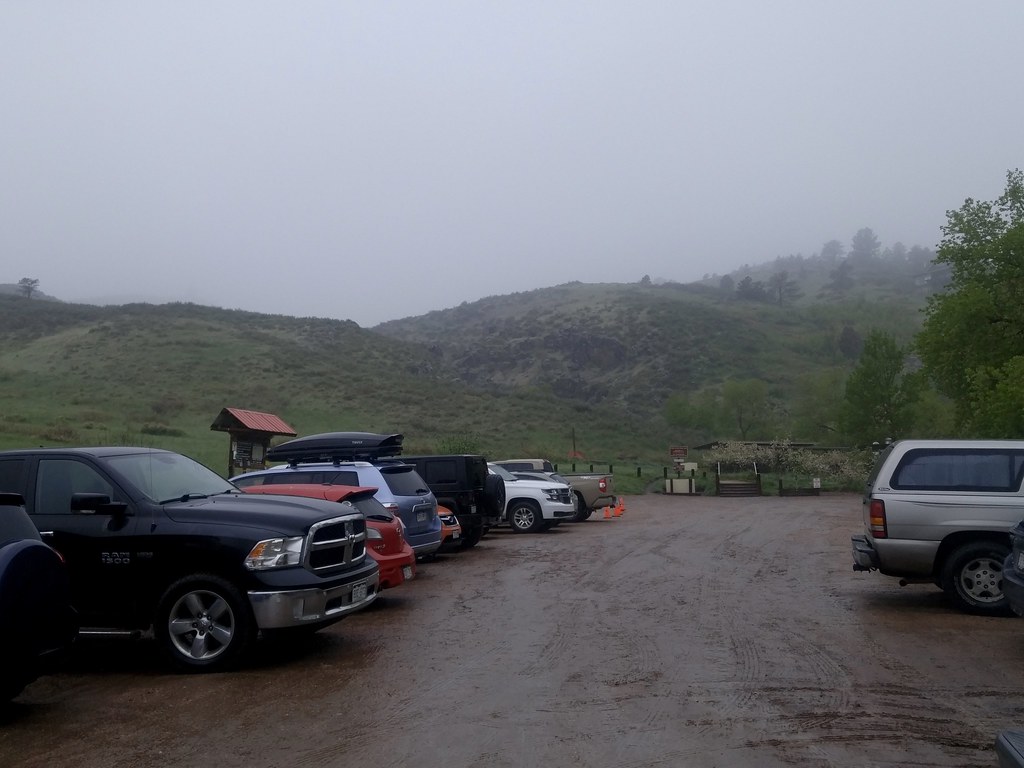 The trails were very wet. The rocky and sandy sections of the trail were passable, but there were long stretches of soupy mud. The conditions were comical at times. I ended up wishing that I had shaved my legs to minimize mud build-up.

The cool and damp weather had an upside: I didn’t get a sunburn or heat stress, and didn’t have to take on tons of water to get between aid stations. It took me a while to accept that I was going to be spending all morning in a cold drizzle with wet and muddy feet, but in the end there was nothing to do but laugh it off.

My gear was mostly fine for the conditions. My polyester t-shirt and nylon ripstop jacket were just warm enough. My New Balance Hierros don't have great traction in thick mud but drain water well and were reasonably comfortable when wet. My favorite trucker hat kept most of the drizzle out of my face. Wet compression shorts, however, suck; they made my legs feel cold and I'm pretty chaffed mid-way down my inner thighs today. In hindsight I should have stripped them off and stuffed them in my vest.

I would like to write about the views from the trail, but there were none! Still, it was cool to go all over Horsetooth and Lory in foggy and dripping conditions. I never do this otherwise. It felt like a different land entirely, not the Colorado Front Range foothills. It’s very green up there now and peak wildflower season is only a couple weeks away. Many species are already going off. I saw pasque flower, larkspur, several species of penstemon, wild iris, spiderwort, sand lily, and many others. Fringed sage covered with water droplets has a silvery quality that is quite lovely, I think.

Just before my second arrival at the Towers aid station, at mile 14, I started to see 50 mile runners on their second, reversed, loop. I was inspired. I was even inspired by the last of them, hours later, who seemed like they were suffering and were probably not going to make the cut off. I hope they will try again if they want to.

I finished in 168th place out of 267, with about the same ranking as at the Blue Sky Marathon last fall. I'm starting to accept that I'm not fast, I’m old, and that I have limited training time. My ceiling is not far. I was also not willing to risk crashing and going out of business before the finish, and so I was going slowly on some of the steeper and rockier descents. My major adversity in this race was the leg cramps I battled in the last 6 kilometers; I went backwards about 2 minutes in each of them. I suffered from cramps during the cold and wet Colorado Marathon of 2016, so maybe cold weather is not my thing. At least I wasn’t sick like I was during the Blue Sky; I didn’t spend any time at all in the Quad Rock’s portable toilets!

The race itself was very well organized. Communication was good. There was a small army of cheerful volunteers. The trails were well marked. Aid stations were well stocked. There was all the usual trail food, plus hot broth and bacon at the Towers station. Maybe I should have indulged in some bacon. I meet a bunch of fun runners from out of town, including some French folks from New Orleans, and enjoyed their company along the way. Good company beats poor conditions, for sure.

Thank you, Nick Clark and crew! I'll be back. 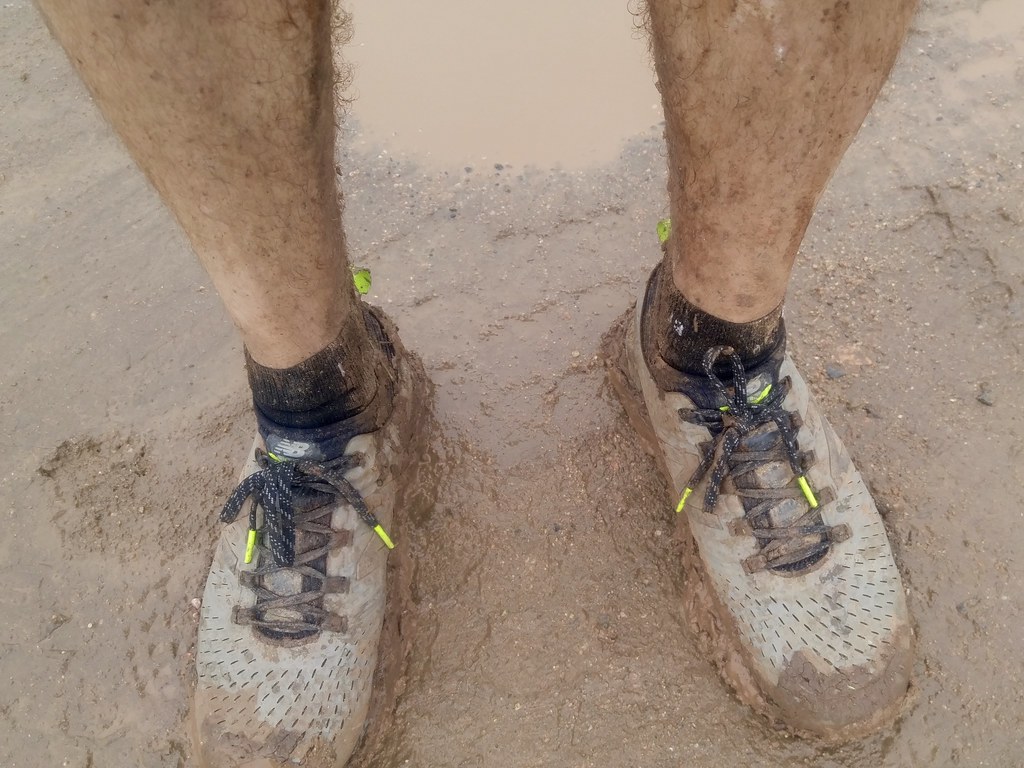