Last week I spent a lot of time on local trails and on trails in Rocky Mountain National Park and the Roosevelt National Forest. I'm trying to build endurance for running at higher elevations and made some good progress. Here are the numbers.

In the city I suffered from allergies and hay fever again this season and my speed workout last week was a minor disaster, but I felt great in the mountains at the end of the week. Saturday I picked Mike Thompson up in Loveland, drove to Lily Lake in Rocky Mountain National Park, and we did some multiple minor peak bagging: Estes Cone (11,007 ft) and points west, and the Twin Sisters peaks (11,427 ft). 20 miles of rocky trails and 6,000 feet of climbing between 9,000 and 11,400 ft elevation. One of my bigger non-race days ever. 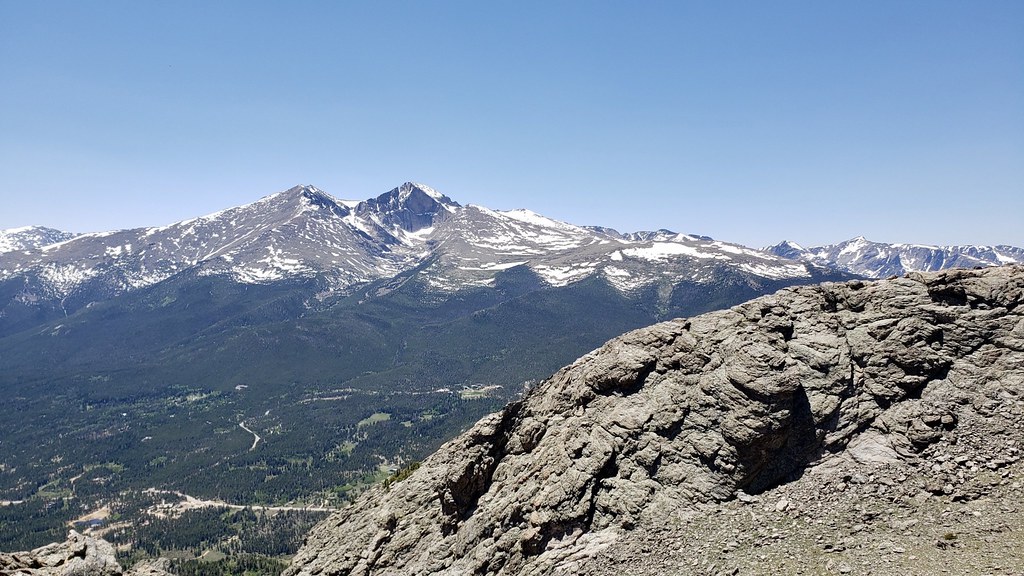 Sunday I went to the Red Feather Lakes region northwest of Fort Collins for some easy trail running and summer campsite scouting. On the way I stopped for a run at Eagles Nest Open Space, a beautiful park on the North Fork of the Poudre River. The trail network isn't extensive enough to make it a big running destination, but the scenery is very nice. 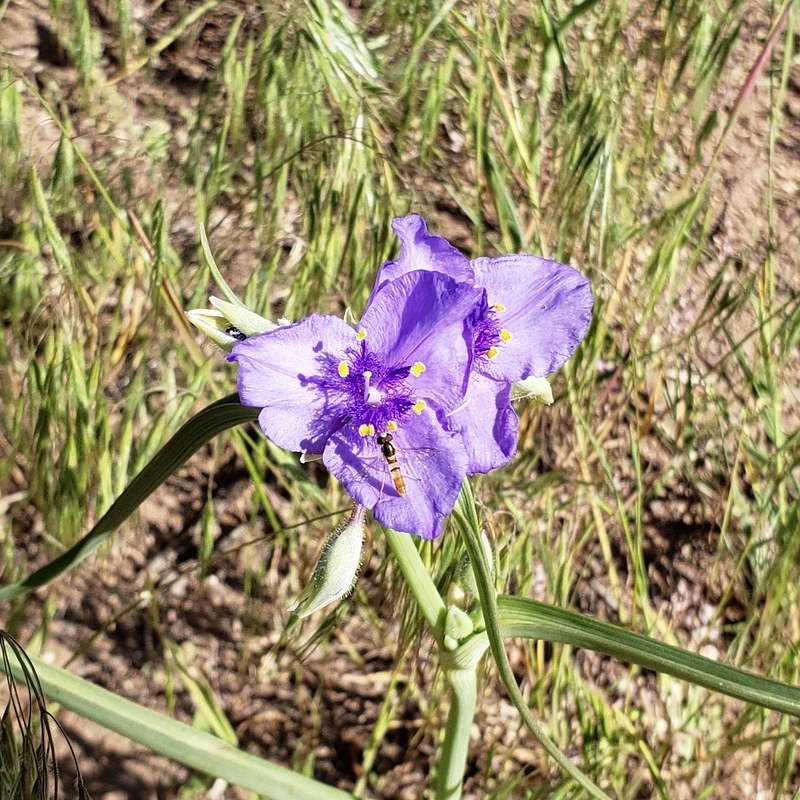 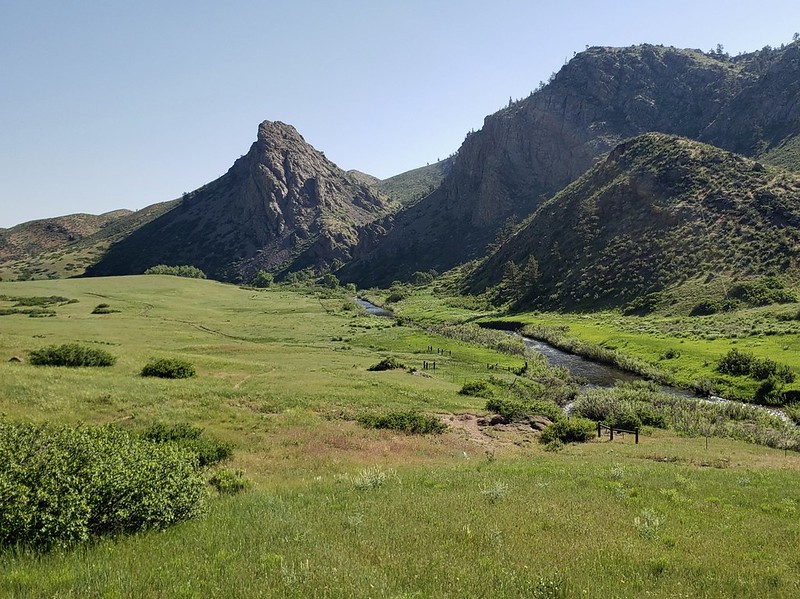 Eagles Nest and the North Fork of the Poudre River

From Eagles Nest I continued west on County Road 74E to the Roosevelt National Forest's Mount Margaret trailhead for another several hours of running in higher forest and meadows. It was a hot day, even at 8,000 ft. I was glad that I brought plenty of water and ice. 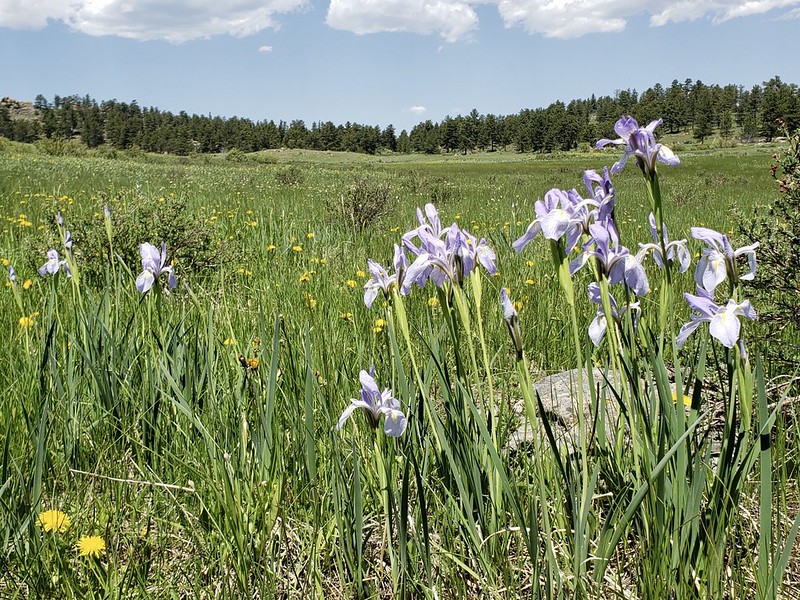 Iris are common in the wetter meadows 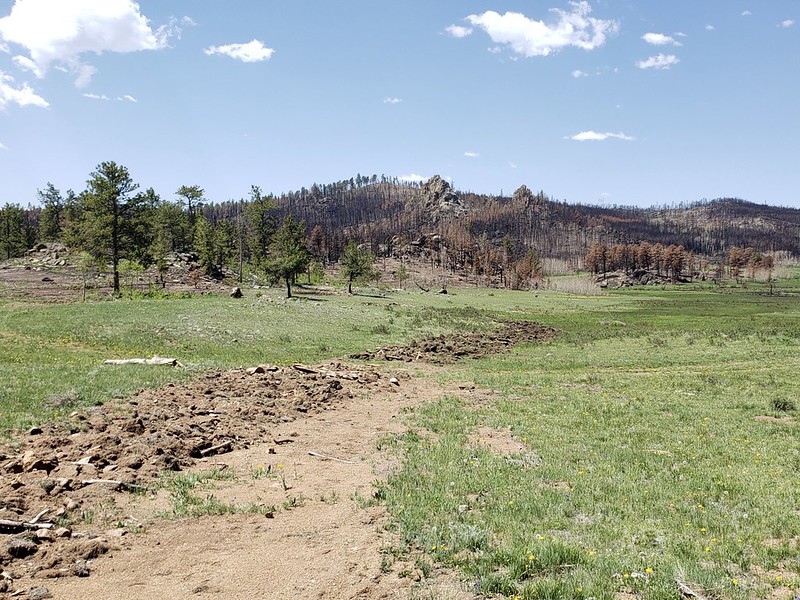 A fireline from last fall's battle against the Cameron Peak Fire