Let's do the numbers.

In week nine I moved my speed workouts from the gravel track behind the CSU Performing Arts Center to Stadium Hill on Larimer County Road 42C. This is the road that climbs the ridge south of Dixon Canyon Dam and connects to Centennial Drive, the route along the east edge of Horsetooth Reservoir. Stadium Hill starts with a grade of 4% and increases to more than 10% near the top. Tuesday I did a 2-4-6-4-2 pyramid. 2 minutes hard running up, 2 minutes easy jog down. Then 4. Then 6. Then back down the pyramid through 4 and 2-minute intervals. By the first 4 minute interval, I had rounded the corner into the steep part of the hill. At the end of the 6 minute interval, I had reached the intersection with Centennial Drive. At the end of the second 4 minute interval I was well into the Centennial Drive climb. I racked up over 1000 feet of climbing in 18 minutes of uphill running. This is much faster than I have run in a trail race. At the last Black Squirrel, for example, I went up the first, 1129 foot, climb (Quad Rock Climb #4 on Strava, 6% average grade) in 42:24.

Friday I did a little more hard running on the A Trail at Maxwell. I've had a goal since last year to complete the Pole to Road Strava segment (0.9 mile, 353 feet, 7% average grade) in less than 10 minutes. Friday I did it in 9:25. Local elite runners have PRs of about 7:30 and the record is 6:42. I think under 9 will be a good new goal for me. I'm quite excited about my fitness so far this season.

I practiced yoga twice at home, doing an approximation of the Vinyasa "flow" class that I used to attend on Friday mornings. Practice consists of closing my bedroom door, unrolling my mat on the floor, putting some cool jazz on our sound system, and following my memories of a basic flow. So far, I've practiced for 30 minutes at a time. If I can continue to stay focused for 30, I'll try extending it a bit. Being in charge of the yoga music is nice. No more weird hippie stuff chosen by other people, just weird hippie stuff chosen by me, like Up on the Sun and Saxophone Colossus.

Yesterday I got up early to beat the crowds and drove to Bobcat Ridge Natural Area for a long run. There had been snow and freezing fog Friday morning, and the ice was still hanging on in shady places and on top. Towards the end of my run, things had warmed and the ice was starting to come loose and fall from the trees, making a weird and wild crackling and clattering sound from every direction. 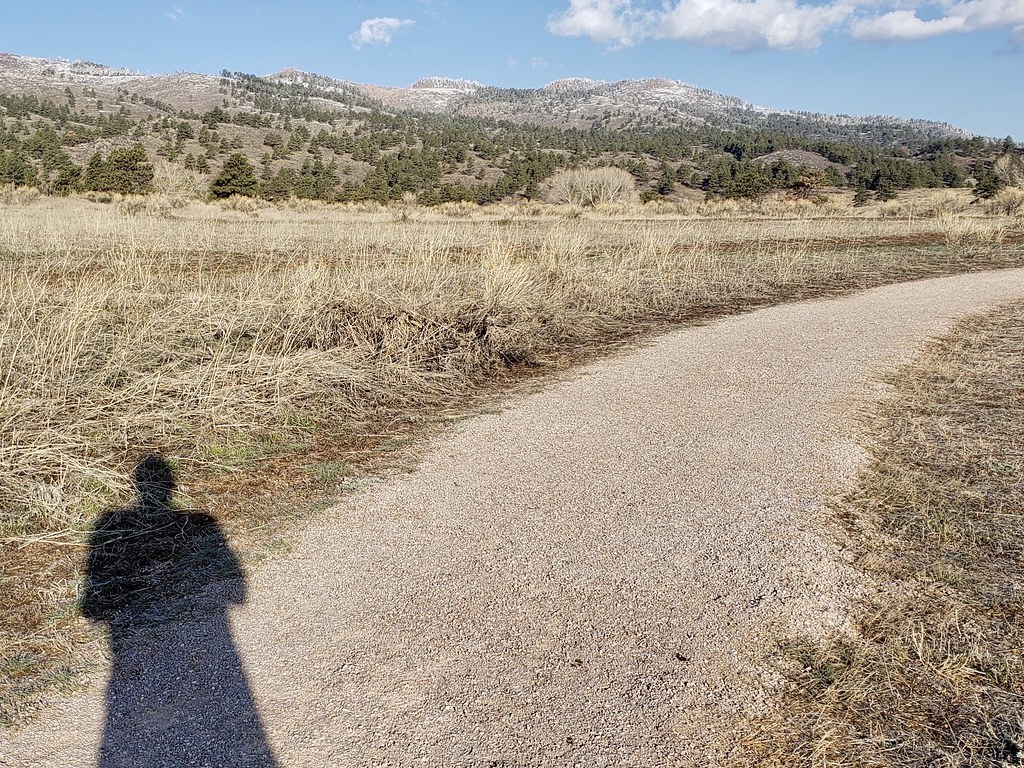 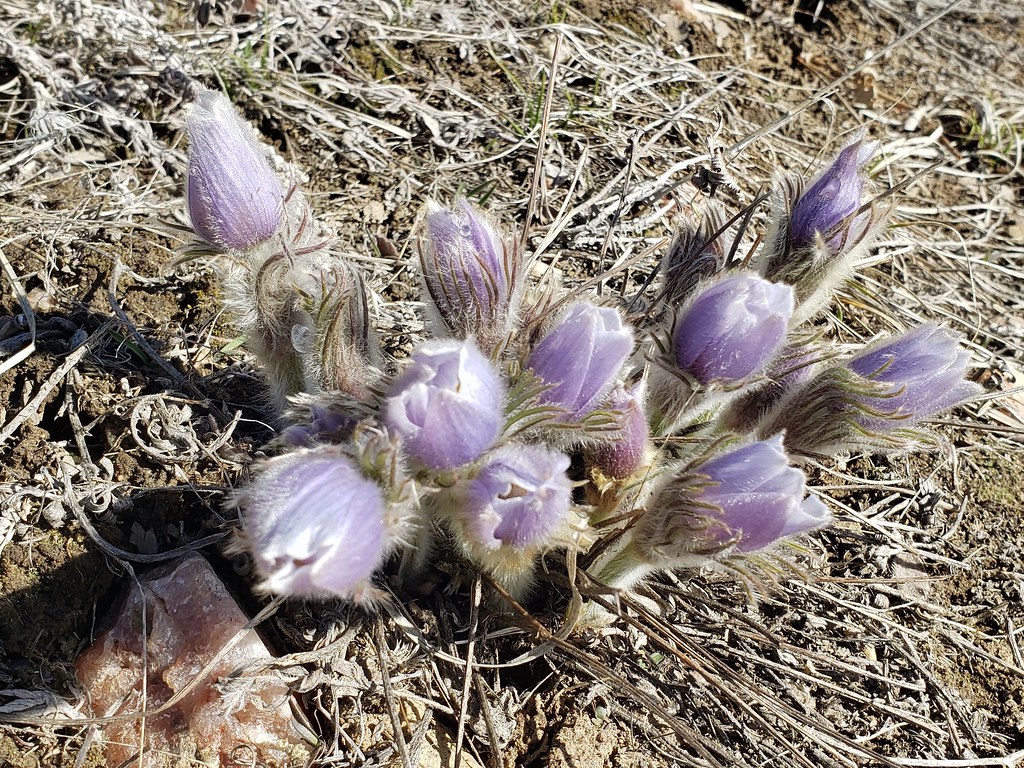 Pasqueflower on the top of Green Ridge 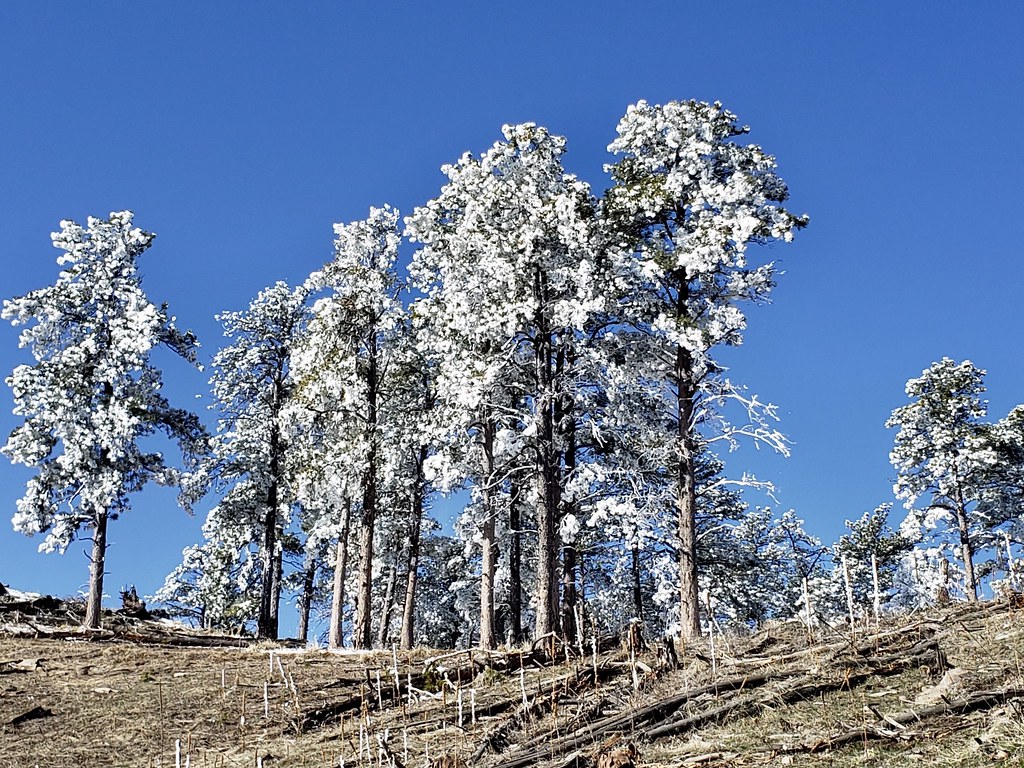 Looking east from the DR Trail climb to Horsetooth Mountain

Edward Abbey's statement that "Wilderness is not a luxury but a necessity for the human spirit" feels more true to me now than ever. I think I'd have a hard time getting up to make the geospatial doughnuts every morning if I couldn't get outdoors locally and ethically almost every day. I'm lucky to have access to places like Green Ridge and Horsetooth Mountain while helping limit the spread of COVID-19 in Fort Collins.

This morning I did a shorter loop in Lory State Park and, for the first time, at the insistence of Colorado Governor Jared Polis, brought a Buff (the tubular scarf) along to use as a face covering when passing other folks on the trail. Some people looked a little worried, which shows how we're not yet making masks a normal thing here.