In July the the Gnar Runners put on a race in State Forest State Park, the Never Summer 100K. It's a 64 mile loop through the Never Summer and Rawah ranges and the Colorado State Forest. The race requires park rangers, emergency medical technicians, ham radio operators, and lots of volunteer bodies. 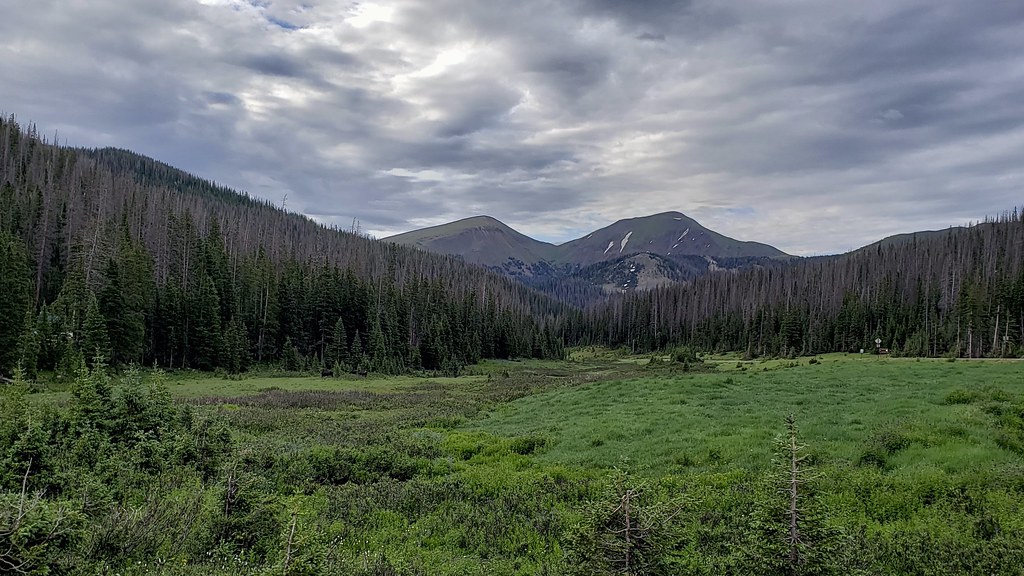 Lulu and Thunder mountains, and moose, from Cameron Pass at 7 a.m.

In 2018 I flipped burgers at the finish line so that runners could get a hot meal in the middle of the night after being on the trail for twenty hours or more. In 2019, I spent an afternoon and evening supporting runners at the "Canadian" aid station at the race's 50 mile mark. The aid station gets its name from being near Never Summer Nordic's North Fork Canadian Yurt near the North Fork of the Canadian River, a tributary of the North Platte River. We had Canadian flags and a life-sized cutout of Justin Trudeau. At some point there was consensus that next year Ryan Gosling should join us. 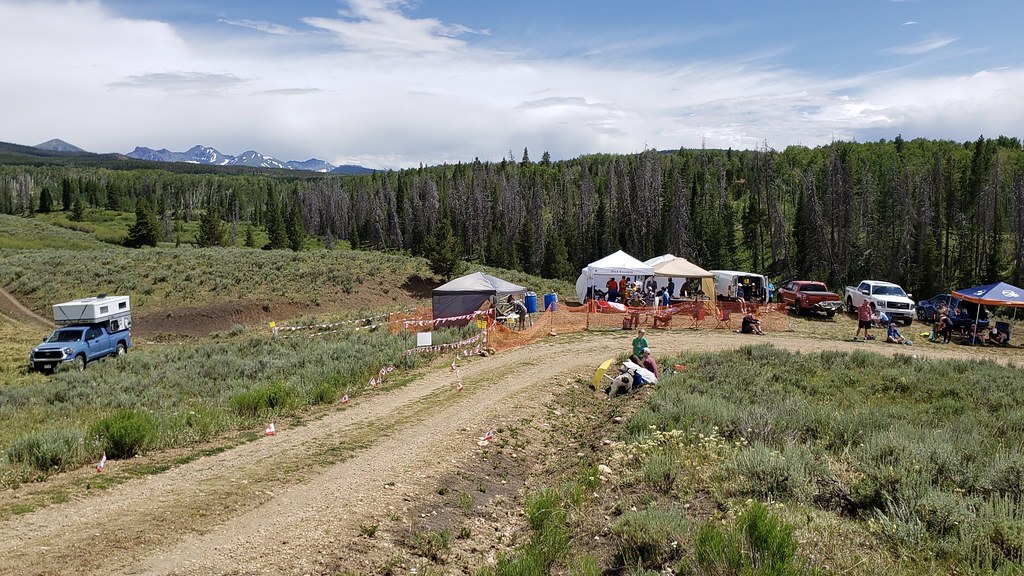 I had a cold, so I didn't cook or handle food, but I did a little of everything else. I hauled gear, deployed a portable toilet, set up canopies, organized and fetched drop bags, helped runners arrive, recover, and head out again. After the 1 a.m. cutoff, I helped break down the aid station and pack it all up. I was out on the course for 15 hours, 3 hours more than the first placed runner, but 8 hours less than the last finisher. 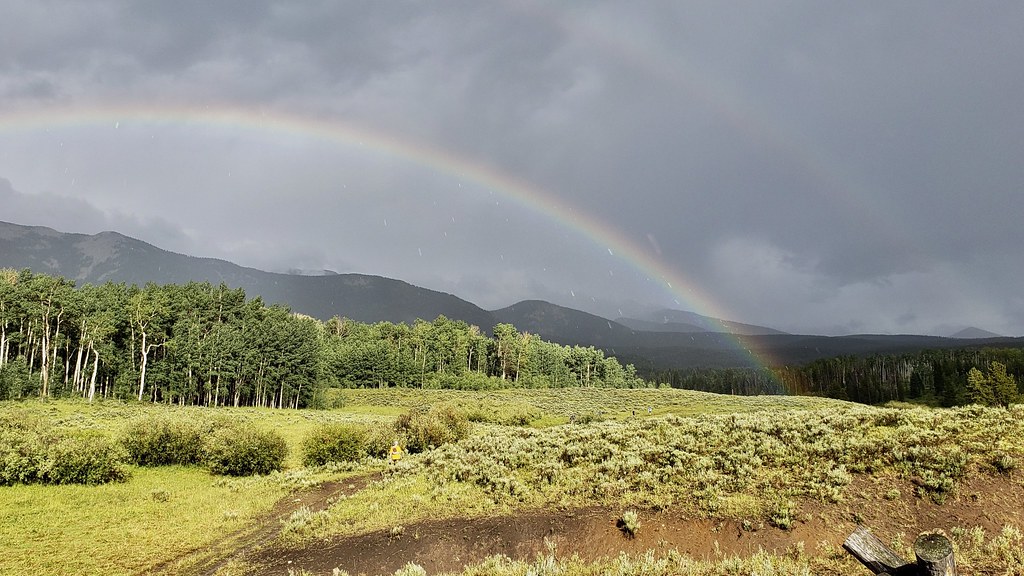 We could see rain on the course as early as 11 a.m. None fell at the Canadian aid station until about 4 p.m., but then it rained off and on until just before sunset. Runners arriving in this rain were pretty worn out from a 6 mile slog through heavy mud. Some contemplated dropping out and a few did. Most found the energy to continue after a cup of ramen or tea and a couple minutes out of the rain. 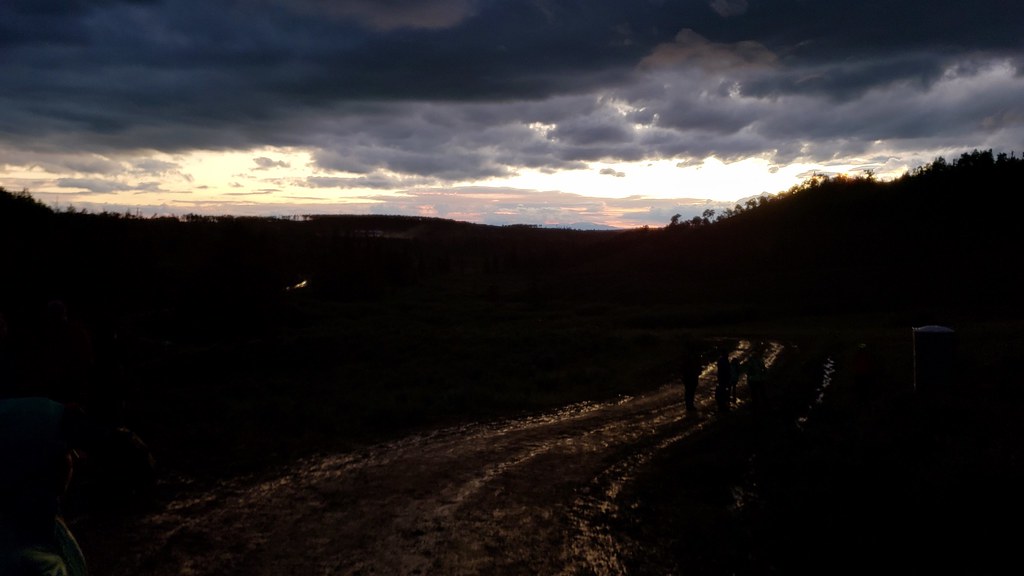