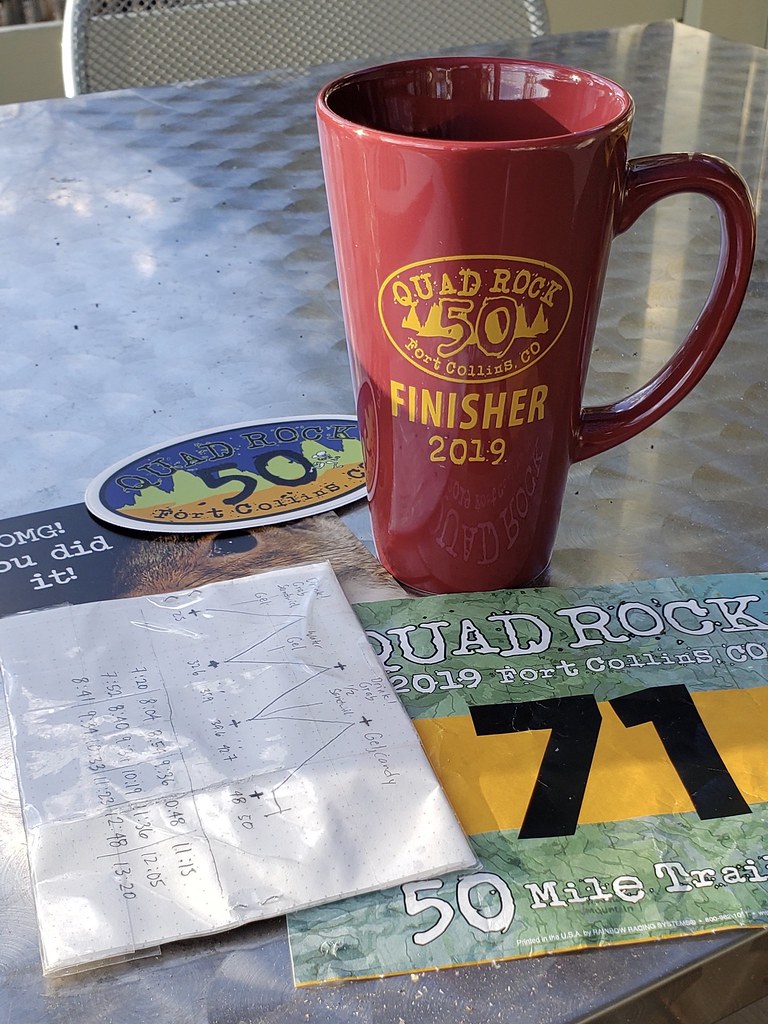 Ruth says I looked fresher at the finish than I did in 2015 when I finished my first road marathon. It's partly because this race was more fun and partly because of my training. I'm sore today, but not wrecked.

David Bitner ran the first half of this with me and is a 25 mile finisher. He's building toward the Superior 100 in September and this was an early season training run. All the photos below are from his phone. 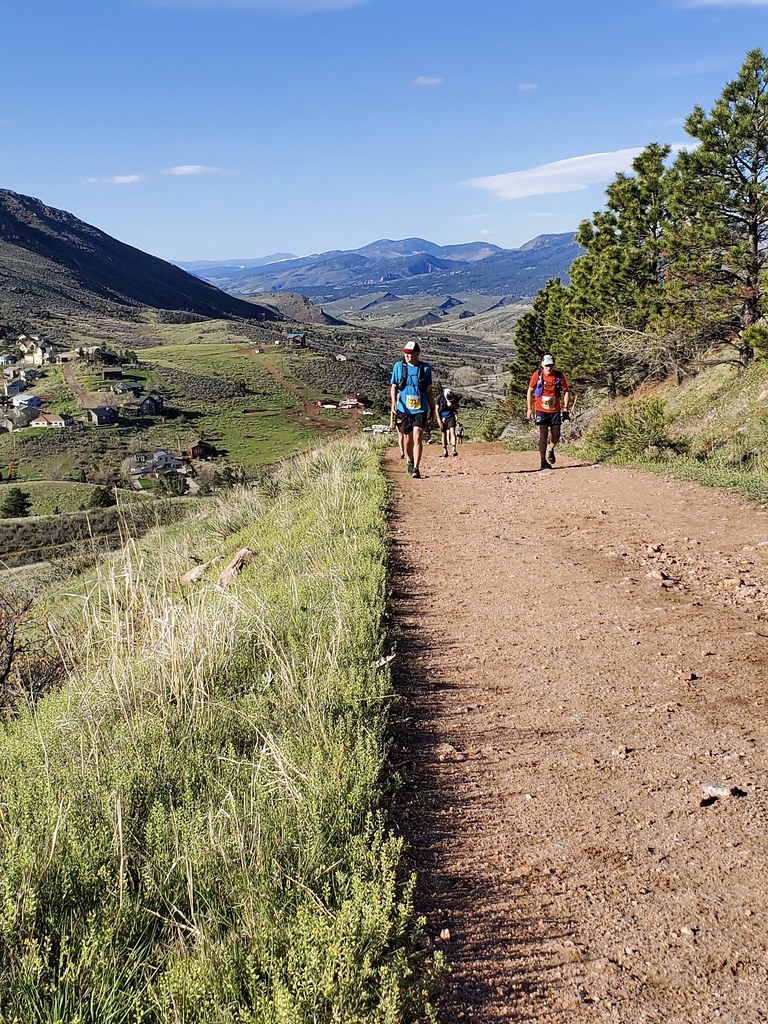 Heading up South Ridge Trail, the second of six climbs 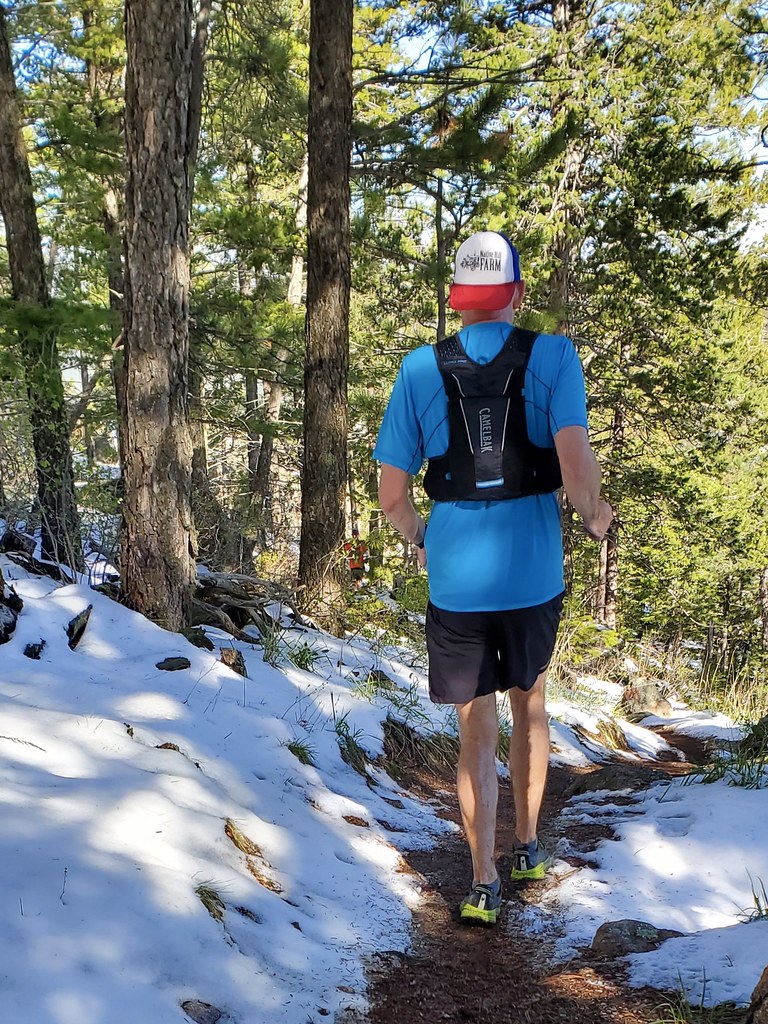 On Westridge Trail, the top of the third climb 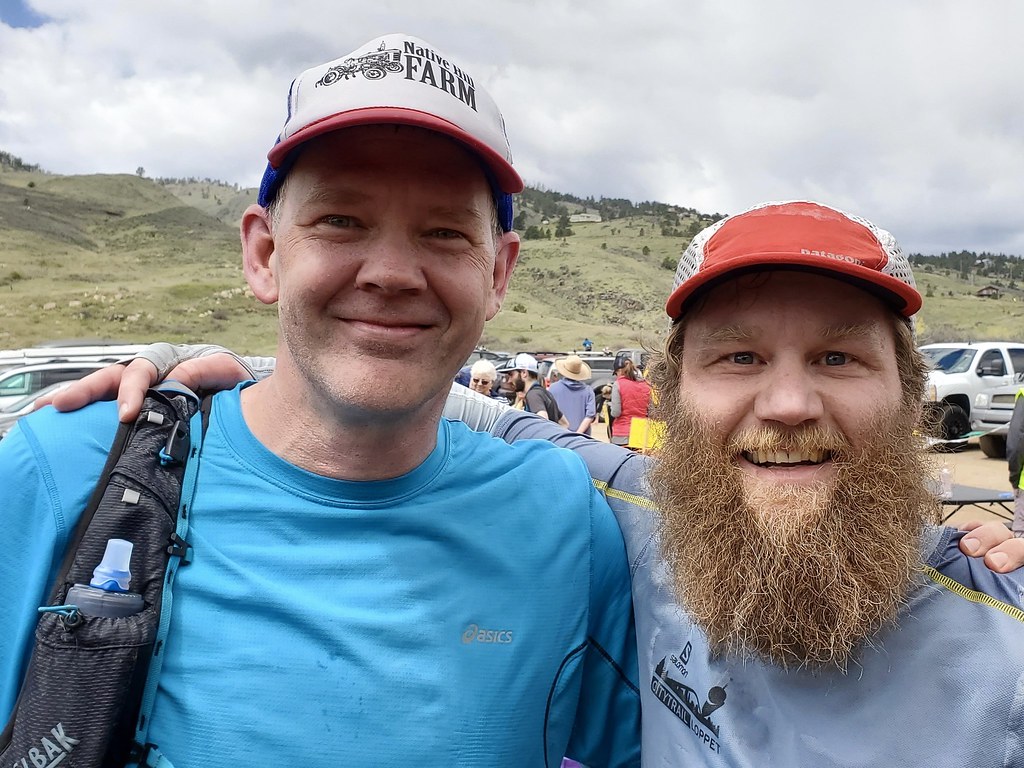 At the finish, just before I went up for another 25 miles

I had so much fun hanging out with Bitner before, during, and after the race. I'm looking forward to the next chance.

Despite the snow that fell 2 days before, the trails were in great shape. The sky was blue for the first half, which made staying in a good mood easy; and cloudy in the second half, so I was never at risk of overheating. For once, it seemed like all factors were in my favor.

Not that there wasn't adversity. At the bottom of the fifth climb I had reached my longest single-day distance ever and I was going into uncharted territory. I had strained my left calf, high up behind my knee, and it hindered me for the rest of the run. My body had reached its VFuel and almond butter & honey sandwich consumption limit. I compensated by hiking more slowly uphill and letting go of the brakes on the downhills, flipping my tactics. I switched to boiled potatoes, Haribo Sour Cubes, and gingerale. I was beginning to suffer a little chaffing as I approached the 40-mile aid station, but had had the foresight to stash my favorite shorts from last year, semi-retired, in a drop bag there. Those old shorts saved my butt.

Too make a long story short: I had a great adventure and am super pleased with myself for finishing. Congratulations to all you other finishers. You who didn't finish have my sympathy. Big thanks to Nick, Brad, Gnar Runners, and all the volunteers who planned and operated a fine event!