There were plenty of other Python talks at FOSS4G and I plan to watch them when the videos are online (update: talks are appearing now at http://vimeo.com/foss4g). I haven't been aware of ogrtools, which is unlucky because there's plenty of functional overlap between it and Fiona. The designs seem rather different because Fiona doesn't emulate XML tool chains (GDAL's VRTs are not unlike XSLT) and is more modular. For example, where ogrtools has a file-to-file ogr translate command, Fiona has a fio dump and fio load pair connected by a stream of GeoJSON objects. The ogrtools talk is right near the top of my list of talks to see.

I was very fortunate to go right after Mike Bostock's keynote. It got people thinking about tools and design, and that's exactly the conversation that I'm trying to engage developers in with Fiona and Rasterio, if with less insight and perspective than Mike. I reminded attendees that the best features of our day-to-day programming languages are sometimes disjoint and showed this diagram (in which C is yellow, Javascript is magenta, and Python is blue. By "GC" I mean garbage collection and by "{};" I mean extraneous syntax). 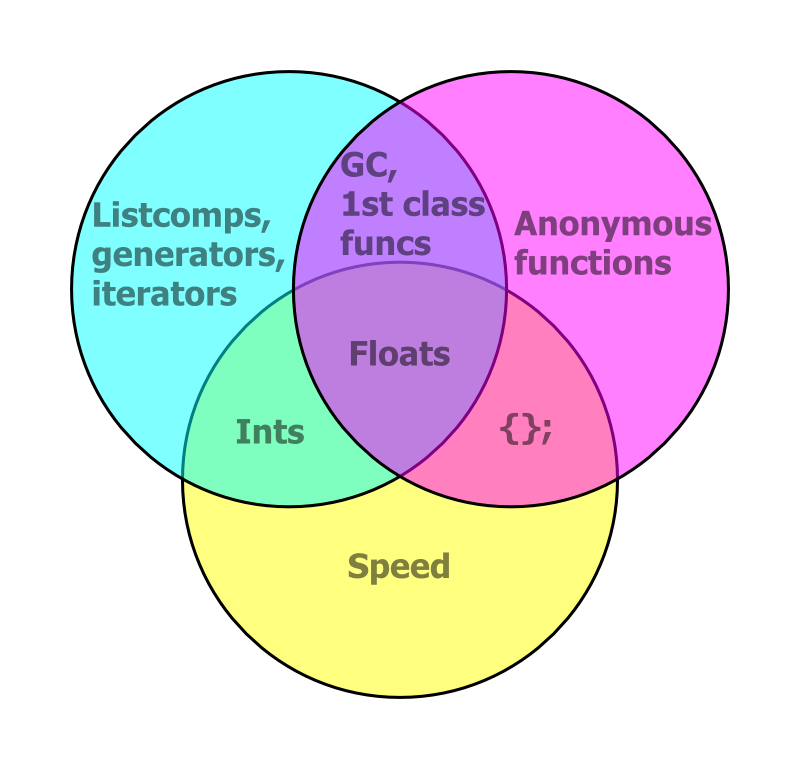 D3 embraces browser standards and all they entail (a world wide knowledge base and continuous performance improvements) and Fiona and Rasterio embrace the good parts of Python. Written as C, like we usually see in GDAL/OGR examples on the web, Python is quite slow. Idiomatic Python, including the good parts like list comprehensions, generators, and iterators, is dramatically faster. While Fiona and Rasterio don't do particular operations faster than the older GDAL and OGR bindings (because it's the same C library underneath), they are designed from the bottom up for a good fit with more efficient idiomatic Python code.

I plugged Click and Cython in my talk, too, and discussed them afterwards. I found tons of interest in Python at FOSS4G and lots of good ideas about how to use it.

I confess that I didn't pay a lot of attention to the talk schedule before the conference. My summer was kind of nuts and I don't subscribe to any OSGeo lists. When I did look closely I was surprised to find that many people were giving two talks and some three. If any woman or first-timer didn't get a chance to speak while some dude got three (and the multiple talkers were all men and long time attendees as far as I can tell) – that's a bug in the talk selection that needs to be fixed before the next edition.

Lastly, I think the views of Mount Hood you get when flying in and out of PDX to destinations south and east are worth the airfare all by themselves. 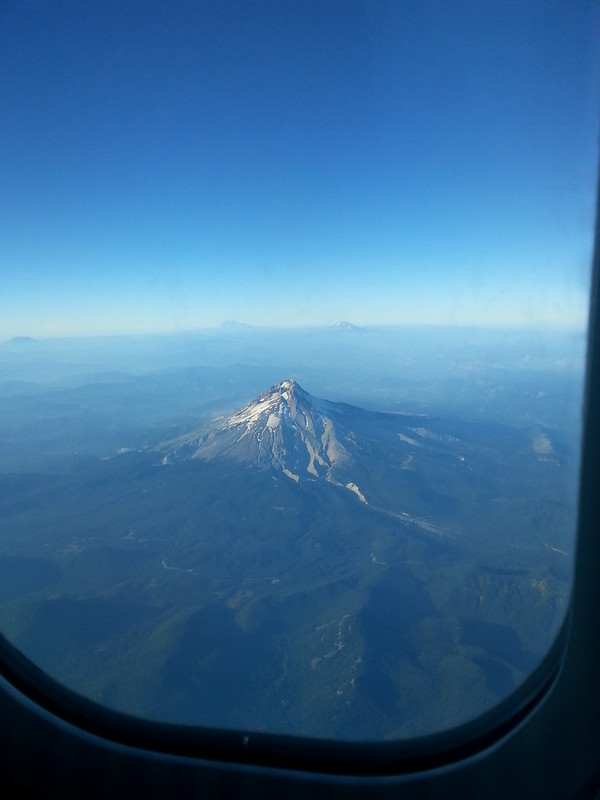