Arthur's Rock is one of our local landmarks and hiking destinations. It's a big lump of pink Precambrian granite named after Arthur Howard, one of the previous owners of the land that would become Lory State Park in 1967. The Quad Rock and Black Squirrel courses go by it. I've been back twice since Quad Rock, once on a run and once with my family.

May was cool and wet and this weather has continued to some degree in June. Lory State Park is as green as I've ever seen it. 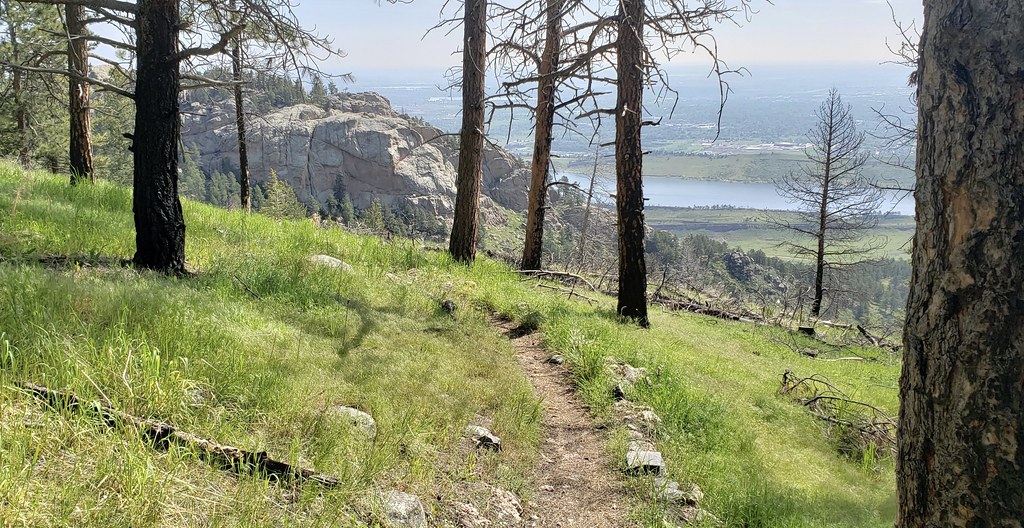 The ponderosa pines in the second photo were charred during a small lightning-sparked fire in June 2016. I'm glad it wasn't worse. The small forest on the east slope of Lory State Park is priceless.