After sending our friend back to Montpellier to join her dad, my kids and I are on a train to Paris. We will be spending 1-1/2 days doing tourist stuff, try to see local open source folks, and then will fly back to Atlanta and Denver.

We had a fine time in Lyon. There is a lot to see and do, much of it free, and the Transports en commun lyonnais (TCL) makes the city accessible. Our friends' apartment is one metro stop from the cool Croix-Rousse neighborhood. Many shops and restaurants are closed for vacation, but the place was starting to wake up and be inhabited again. I saw about twice as many people on the street Monday as I did on Sunday, and twice again as many on Tuesday. 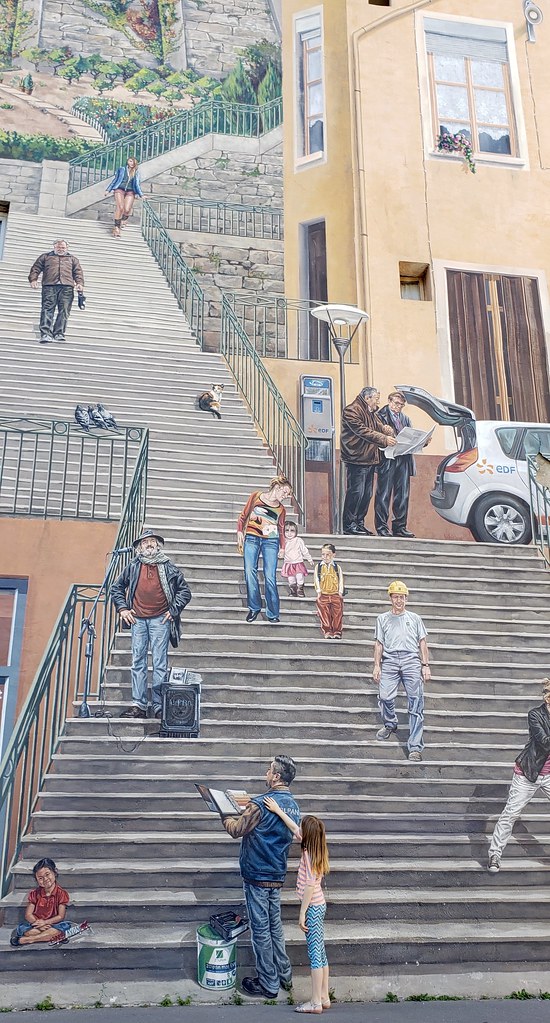 On Sunday the four of us went to the top of the famous pentes (steps) of Croix-Rousse and had brunch at a place called Le Desjeuneur. The wait was long due to the restaurant's popularity and the relatively large size of our group, so we wandered up and down the steps and found the Cour des Voraces, a symbol of resistance, unions, and the silk-weaving history of Lyon, while we waited to be called. The wait was worth it. Among other things, Le Desjeuner serves pancakes with maple syrup and bacon (Bea ordered this) and pancakes with maple syrup and bananas and toasted hazelnuts (Arabelle and E. ordered this). I had shakshuka in a skillet and a cappucino in an enameled camp mug. The portions are generous and the food very good at Le Desjeuneur.

After, the kids stayed in the apartment to relax while I went back out and took the metro and funicular to the old gallo-roman theatre site and museum on the top of the hill above Vieux Lyon. I had forgotten that the Roman emperor Claudius, he, was born in Lugdunum (Lyon) in 10 B.C. One of the highlights of the museum is a transcription of a speech of Claudius in bronze.

I exited the museum, walked over to the Basilica, took photos from the deck, and then walked downhill through Vieux Lyon, across a pedestrian bridge over the Saône River, and then returned to our apartment via the metro. 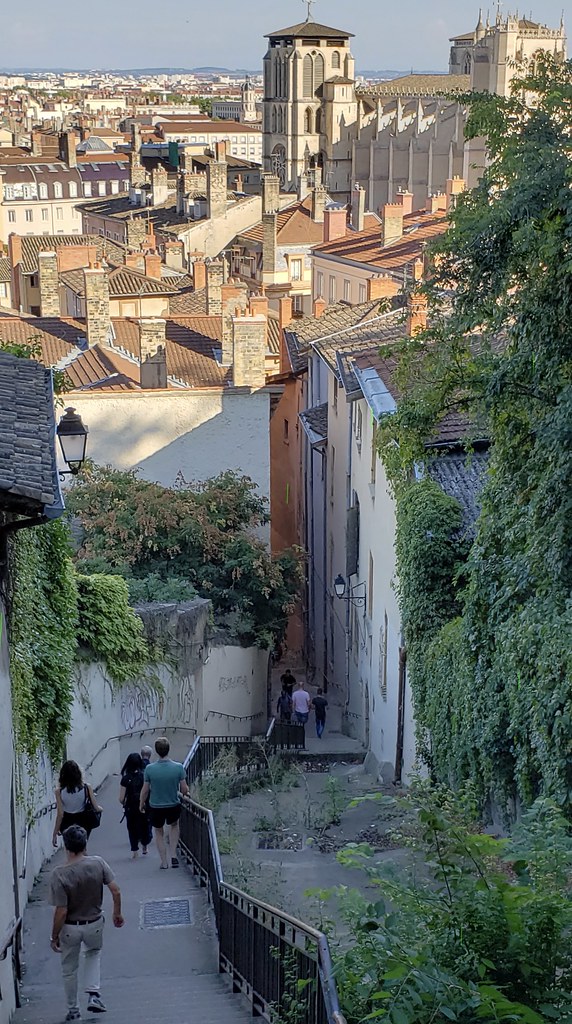 On Monday I went for a run in the Presqu'île neighborhood, down the bank of the Rhône and up the bank of the Saône, up to the top of Vieux Lyon, and then back across the river and up the steps of Croix-Rousse. My tracker recorded 250 meters of climbing, which is good since the Black Squirrel is only 2-1/2 weeks away. 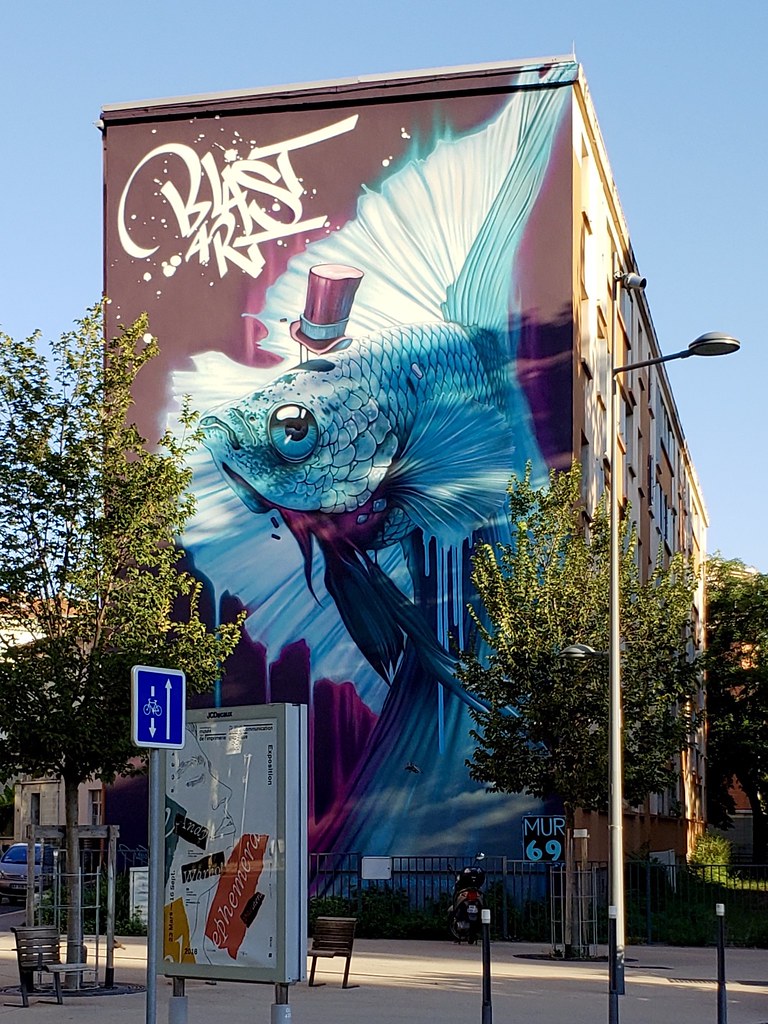 Mural by Kalouf in Croix-Rousse.

The rest of Monday was spent in Lyon's fabulous Parc de la Tête d'or. We saw animals in the (free) zoo, had lunch, played mini-golf, rode ponies, ate ice cream, and enjoyed the park's many green and quiet spots. 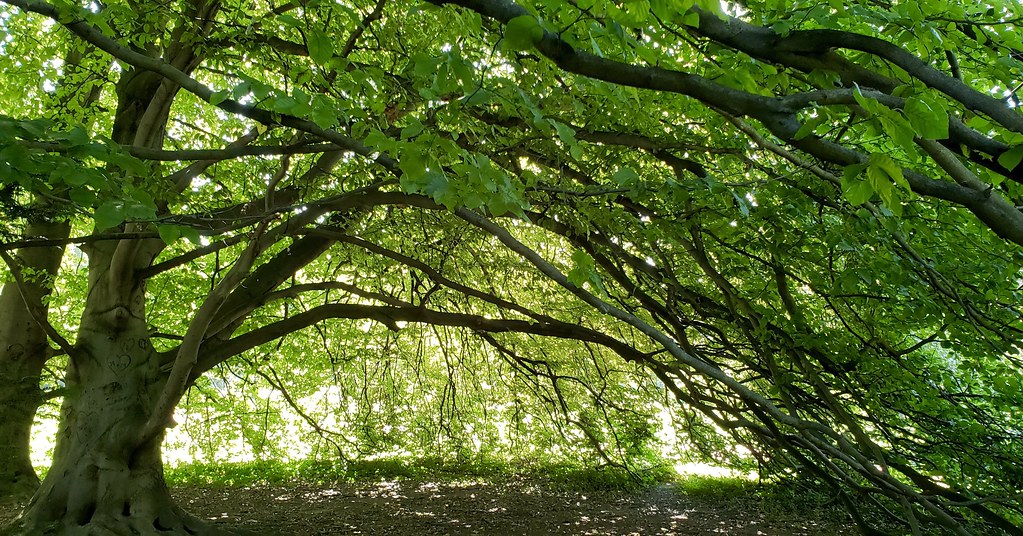 I like Lyon! I need to figure out how to get back here soon, in the fall or spring when the restaurants are open.