My family and I saw some familiar places from a different perspective on Sunday. The Black Powder Trail at the city's Gateway Natural Area climbs 500 feet up from an old filtration plant to a point overlooking the Cache la Poudre River, its canyon, and Colorado State Highway 14, our local route west to Cameron Pass. I've driven beneath this point a hundred times or more in 21 years, but have mostly treated this part of the canyon as drive-through country. I've never been on top before.

The ponderosa pine in the two photos below is a survivor of the 2004 Picnic Rock Fire and the 2012 High Park Fire. 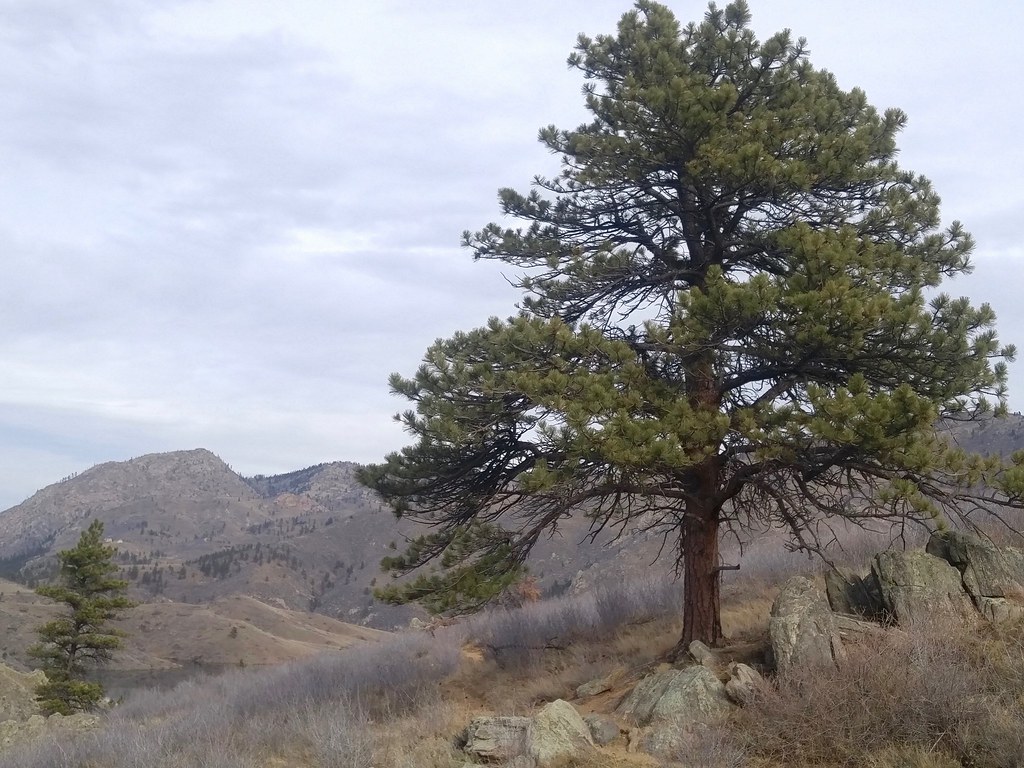 Thin clouds diffused the light while we hiked up to the top. On the return trip the clouds cleared and the sun shone directly on us. Jackets and gloves came off and it felt like September. 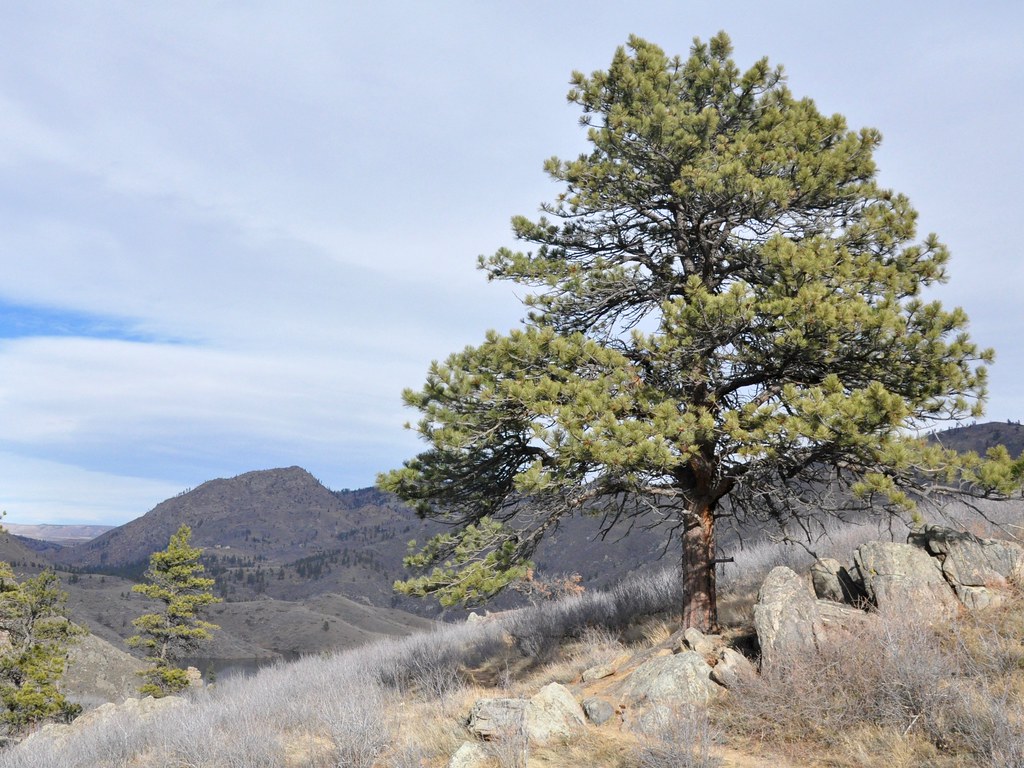 I'd grabbed our better binoculars before we left the house and was rewarded for carrying them. On the steeper switchbacks going down we were treated to the spectacle of two golden eagles playing in the air rising from the south-facing mountain in front of us. Twice they tucked their wings and dove in spirals around each other before pulling up and shooting upward without a wing beat, purely on acquired kinetic energy. As we headed back to our car, homework, and weekend chores, the eagles spiralled up to their cruising altitude and disappeared in search of supper.