Last Wednesday night my family and I flew to Boise, Idaho, to spend Thanksgiving with my mom and stepfather. The six of us spent the holiday cooking, eating, walking around the neighborhood, playing cards, and assembling a jigsaw puzzle. We agreed not to discuss politics, not because any of us are Trump supporters, but because the state of the U.S. is too depressing and frustrating. My family is a lot like Boise itself, an amiable liberal island in a sea of retrograde white resentment.

I forget how big Boise is now. It's the Pacific Northwest's number 3 metro, after Seattle and Portland. The cities of Boise, Nampa, Meridian, Garden City, and Eagle together count almost 700,000 people. My folks live in a bland 30 year-old suburb in the southwest part of the city. We mostly stuck around their neighborhood but did make a trip to the the west end of State St and the Boise River to skip rocks and look for birds. 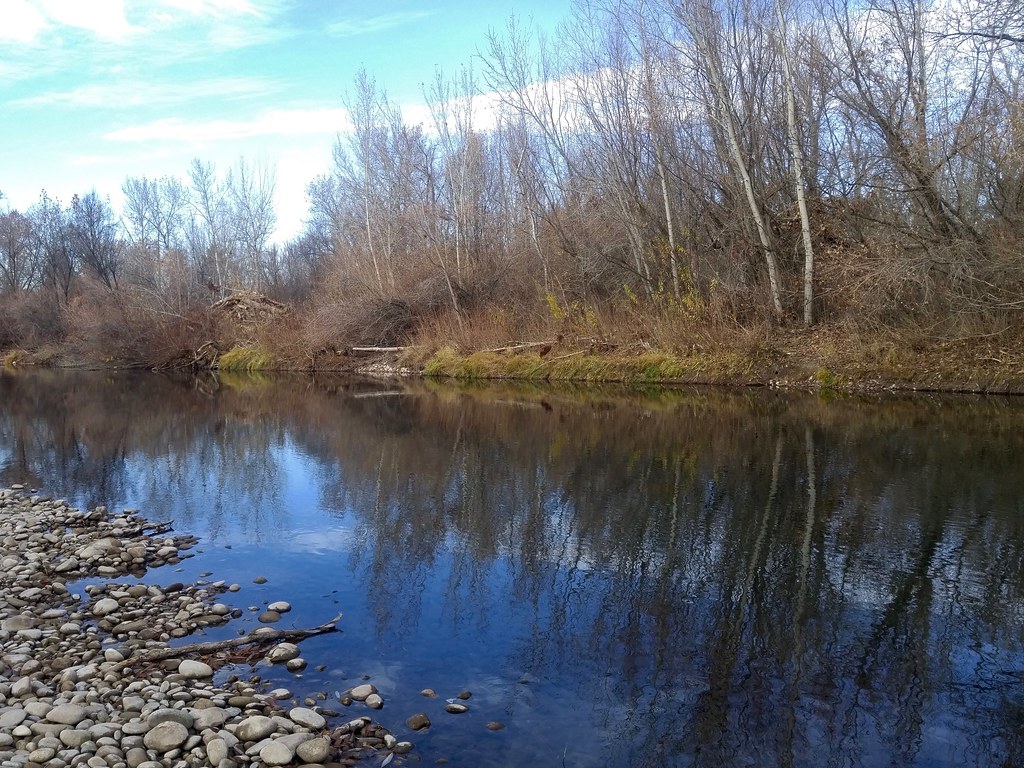 Boise is on the same latitude, 43°37′N, as Montpellier, France, where we spent our previous Thanksgiving weekend. It's a funny coincidence that I didn't see until this morning. I remember remarking to Ruth that the bright yellow lichen on trees by the river reminded me of the chestnut groves in the foothills of the Pyrénées.

On the way home we flew over the northeast corner of Utah, Cache Valley, and my former hometown of Logan. I'll never tire of this aerial view of backcountry places I've driven and walked so many times. And when the sky is clear the approach to Denver from the west never disappoints. 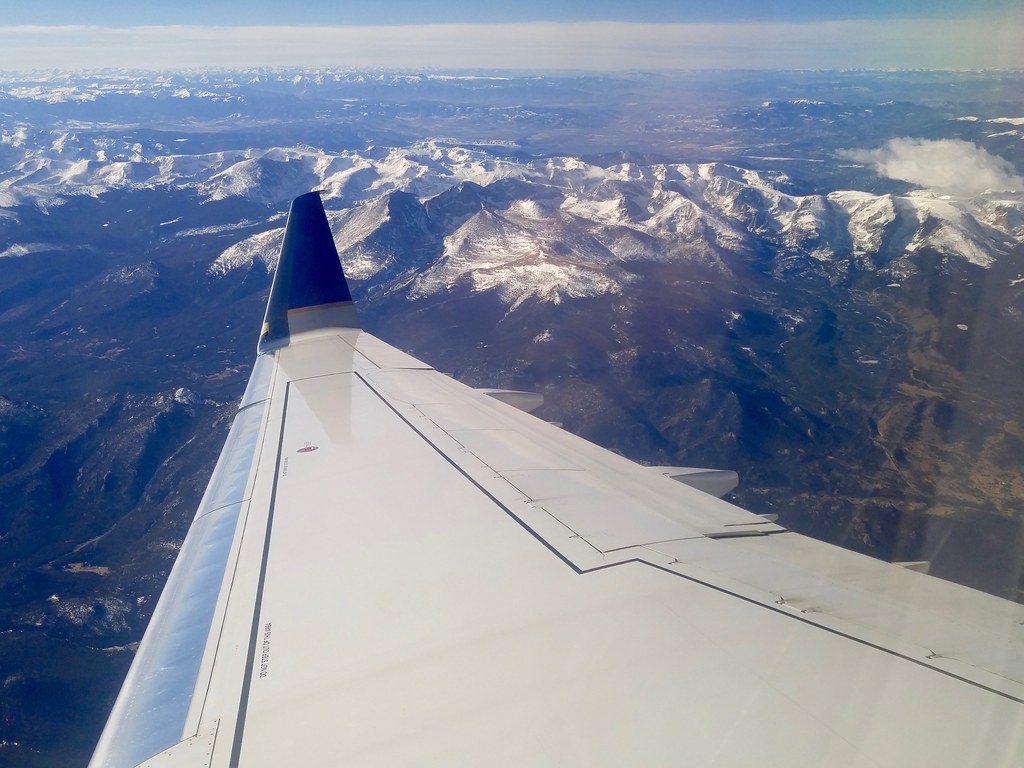 Longs Peak on the descent to DEN