We took a 3-night cruise on the canal du midi. It was much more interesting than I expected. Boating is a fun challenge. The scenery is great. The canal itself is fascinating. Do it before all the plane trees are cut down.

We were a party of 9. Our boat had 4 cabins and slept 12. It was a tight squeeze at a few bridges. Go small.

We covered a lot of distance. 2 hours of boating per day (we did 4+) would be perfect, I think.

I've made a dataset with 36 points of interest along our cruise and used it as a layer in the map below. Notice the vineyards around the canal.

Plane trees were planted along the canal in the early 1800s to stabilize the banks and reduce evaporation by shading the water. Today the trees are dying from a fungal (Ceratocystis platani) disease. Since 2006, a third of the canal's 42,000 plane trees have been cut down and removed. VNP, the Voies Navigables de France, intends to cut down every diseased tree (and this may eventually be all of them) and replace them with resistant varieties of plane and other shade trees. We saw signs explaining the replantation project at every long treeless bank.

Mapbox's imagery of Capestang, a village on the canal, is out of date. We (I work on the team that makes the satellite basemap) will update it, but until we do it affords a look at the way things used to be on the canal. Below you see that the canal in the village was bordered by huge shade trees. You can also see that some of them are completely dead.

We moored in a different Capestang in full sun. Those trees have been removed, every one. Saplings have been planted between the stumps of the plane trees, but it will be many years before the canal is completely shaded again. The Canal du Midi will remain, and will continue to be a great vacation spot, but if you've ever considered a cruise on it, do so soon! 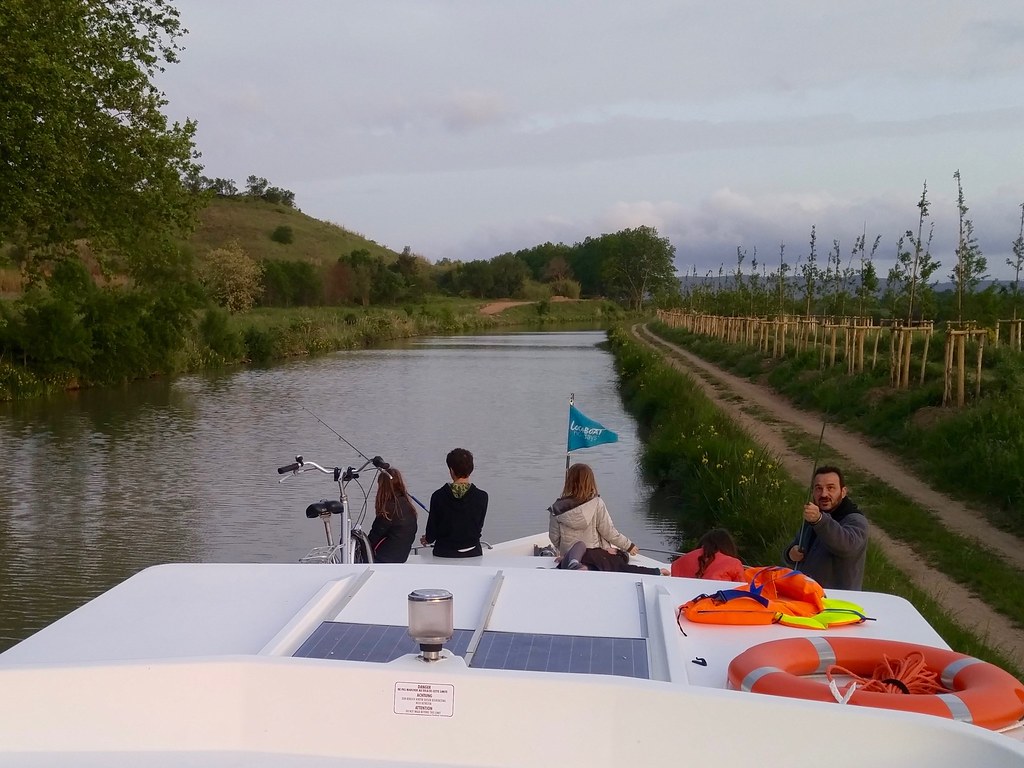